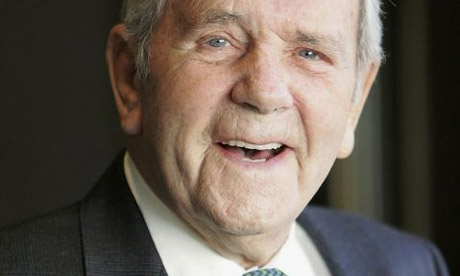 May he rest in peace
and not cause too much
damage to Heaven.

Sir Norman Joseph Wisdom OBE was an English comedian, singer-songwriter and actor best known for a series of comedy films produced between 1953 and 1966 featuring his onscreen "gump" character Norman Pitkin. Charlie Chaplin famously referred to Wisdom as his "favourite clown"

He later forged a career on Broadway and as a television actor, winning critical acclaim for his dramatic role of a dying cancer patient in the television play Going Gently in 1981. He was knighted in 2000 and spent much of his later life on the Isle of Man. Wisdom had retired from acting at the 90 subsequent to decline in his health. (WIKIPEDIA)