You would think that living through the worst genocide in modern history would temper your propensity for bigoted hatred. I mean the German people certainly turned their back on such evil. But not so Rwandans who are happy to elect a bishop who openly hates people who are different from himself (at least, as far as he would have us believe). I suspect we have not seen the end of dead bodies being washed out of Rwanda and into Lake Victoria. May God be with the gay people of this barbaric land and all their brave friends and supporters.

Archbishop elect, Onesphore Rwaje, who is set to succeed Anglican Archbishop Emmanuel Kolini in January, 2011, has vowed to follow in his predecessor's footsteps by taking a firm stand against homosexuality.

"Anything that is contrary to God's family set-up is not acceptable; there is nowhere in the Bible where same-sex marriage is encouraged. God created a man and woman to be the basis of a family," the Archbishop-elect told The New Times, a week after he was elected to succeed Kolini.

Rwaje said homosexuality was a practice introduced by individuals who wanted to secularize theology.

His predecessor, Kolini, has in the past referred to homosexuality as "moral Genocide" among Christians, and a new form of "cultural imperialism". 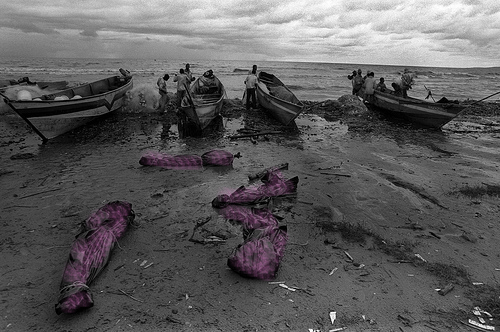 But, dispiriting as the words of this particular hater are, we must not lose sight of the fact that although countries such as Rwanda, Uganda and Nigeria are part of Africa, they are not, contrary to their loud claims to the contrary, all of Africa. Although much of the continent is still dominated by alpha males intent on not letting go of their tribal mindset and privileges, there is a new Africa. And nowhere is this seen more dramatically than in South Africa where the people have emerged from the flames of apartheid and, instead of seeking revenge, have embraced the central message of Christ's teaching no matter what religion or none they adhere to. This miracle (and it would be a miracle in any country) is due, in no small part, to the vision of the greatest among us, Archbishop Desmond Tutu. His legacy still lives as this report from NEWS 24 demonstrates:

More women need to be in leadership roles in the Anglican Church, Archbishop of Cape Town Thabo Makgoba said on Wednesday.

"The church is hugely unrepresentative in relation to gender... women constitute the majority in our pews but the reverse is true at every level of leadership, lay and ordained," Makgoba said in a statement.

"The roles of men and women alike, of every culture, were distorted by apartheid. We need to develop appropriate spiritualities for us all, for contemporary living... that are also channels of healing for the legacies of our brutalising history."

Makgoba was delivering a speech at the three-yearly provincial synod of the Anglican Church in Benoni.

He also expressed his views on conscription - describing it as having a "dehumanising effect... on a generation of young men barely more than boys".

"Many are still wounded from that time... from their time in Namibia and Angola and need to be able to speak and find healing. Our society makes this almost impossible."

On the issue of the position of homosexuals in the church, Makgoba said: "For us what has mattered most is being centred on Christ, agreeing on the central matters of who Jesus is and the salvation he brings and therefore recognising one another as being united in him, and, in consequence, with each other."

If a people have such an attitude towards each other as the one envisaged by the Makgoba, then differences (which are there in South Africa as much as in any other place) can either be resolved or accommodated. May God continue to speak his message of love to his children working to bring the light into previously dark places.