Well this is how it all played out:

Zimbabwe state radio says President Robert Mugabe arrived home Sunday from the United Nations General Assembly in New York. He canceled an onward trip to Ecuador where he was to receive an honorary doctorate in law from a discredited Christian university that has broken away from the mainstream Anglican Church in South America.

The Anglican Diocese of Harare described Crespo as a "rebel" of the church who spent three years in jail in Ecuador for running guns to the Revolutionary Armed Forces (FARC) of neighboring Columbia. 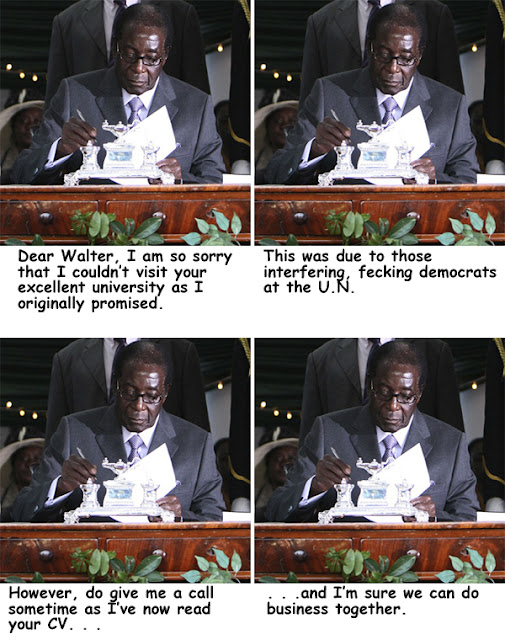