Former Welsh Office Minister, Rod Richards has called for the resignation of the Archbishop of Wales after he told the Pope that he sometimes spoke with the Archbishop of Canterbury in Welsh to stop others understanding.

Mr Richards said: “A charge often levelled unfairly against Welsh speakers is that they deliberately speak in Welsh so that non-Welsh speakers cannot understand them. That is sometimes said by tourists from England who go into a pub where the locals are conversing in Welsh. By revealing that he and Rowan Williams speak in Welsh in circumstances where they don’t want people to understand them, Barry Morgan is confirming the view of many non-Welsh speakers that Welsh is an exclusive, secretive language. This is damaging to the Welsh language and damaging to Wales.” 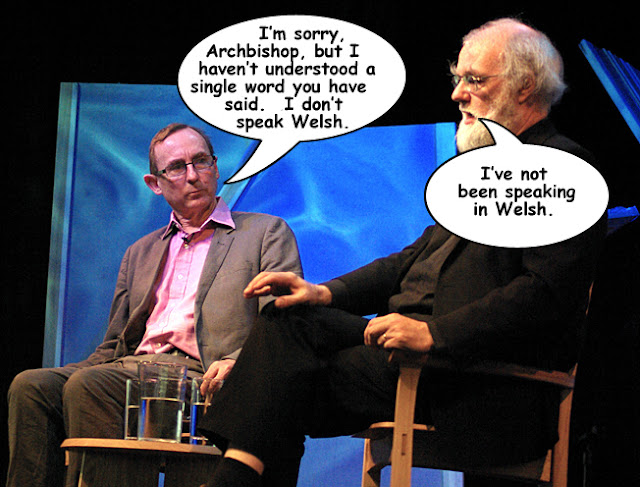