Canterbury Cathedral is to host its first-ever rock concert this Christmas. The 900-year-old building, one of the most important sites in Britain’s Christian heritage, will echo to the sounds of Ian Anderson, the frontman with Jethro Tull.

Speakers will be set up down the Gothic nave, not far from where St Thomas Becket, the “turbulent priest” who fell out with Henry II, was murdered in 1170.

As many as 1,000 tickets are being put on sale for the one-off concert, as part of a conservation campaign that needs to raise up to £50 million.

THE BLOODY CHURCH OF ENGLAND
IN CHAINS OF HISTORY,
REQUESTS YOUR EARTHLY PRESENCE
AT THE VICARAGE FOR TEA 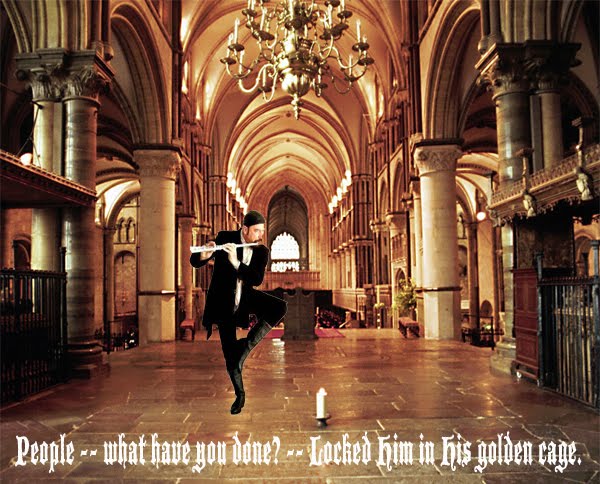 COMMENT: Of course, I have no problem with Ian Anderson playing a gig in Canterbury Cathedral. However, I am a bit worried about his choice of instrument.