ANGLICAN-INFORMATION reports controversy and unrest in the Northern Malawi diocese. Provincial Bishops at a Court of Confirmation, chaired by acting Dean Bishop Albert Chama, have managed to declare that the latest Bishop–elect, Father Fanwell Magangani, is sound of faith and worthy of consecration.

This comes against strong accusations made against him by Hilda Chirwa who alleged that six years ago Magangani raped her and then provided her with money for an abortion.

In a Court of Confirmation held in St Peter’s Church, Lilongwe, Diocese of Lake Malawi (held outside the Diocese of Northern Malawi to avoid any protestors) Magangani was cleared by the Provincial Bishops of rape charges.

The Malawi Daily Times 9th September reports that Hilda Chirwa faced ‘a barrage of questions hurled at her accusing her of hiding information’. The prospect and potential embarrassment of a second election nullified by rape allegations against the candidate appears to have galvanised the Provincial Bishops into determination to ensure that Magangani was confirmed.

The Malawi Daily Times in the same report filed that ‘at the Court of Confirmation, presided over by acting Dean Bishop Albert Chama, Ms Chirwa faced eight intimidating primates’. “Fr Magangani raped me, I screamed but there was no help”, she said. “Later I missed my periods and I told him. When I did he told me to go for an abortion”, testified Chirwa. This happened, she told the Court, when she was working for St Agnes Guild and at St Peter’s Cathedral in Likoma where Magangani had served as a priest. “When I arrived they arranged for a room for me to sleep in the priest’s house. At night he came and raped me.” She also said that Magangani gave her 5000 Kwacha to procure an abortion in May 2004.

Angry people in Northern Malawi in Nkata Bay are reported to have sealed off the offices of St George’s Parish where Fr Hannock Utongawakang’oma is a supporter of Fanwell Mangangani. During Sunday service (12th September) worshippers at the parish barred the reading of the confirmation.

According to St George’s parish lay leader, Vincent Matengeni, as reported by Zodiak Online, who attended Manangani’s confirmation, ‘procedures to reach the decision have been flouted adding that double standards have been applied to the whole process’. ‘The previously elected Bishop Father Leslie Mtekateka was rejected for similar reasons of alleged immorality, he wondered why him and not Mangangani’?

Overall it is true to say that of the three recent elections of Brighton Malasa in Upper Shire Diocese, Francis Kaulanda in Lake Malawi and now Fanwell Magangani in Northern Malawi, none of them have had the full confidence of their priests and people. In each case strong objections of a serious nature have been submitted and subsequently overruled by Courts of Confirmation, without explanation.

ANGLICAN-INFORMATION comments: The fact that two successive candidates for Bishop of Northern Malawi have been accused of rape is particularly disturbing. Apart from announcing that they have confirmed Fanwell Magangani the Provincial Bishops have again failed to clarify how or why they have reached their conclusions and why his case has had a different outcome to that of Leslie Mtekateka.

It is wrong that a new Bishop be consecrated under such a cloud of allegations. It is essential for the good name and credibility of the Anglican Church in Central Africa that the Provincial Bishops explain publically how and why they consider that they are able to do so with integrity. It is insufficient simply to pronounce that they wish to accept Manangani.

Acting Dean Albert Chama intends to become Archbishop of the Province after Fr Manangani’s consecration. He should now issue a satisfactory public explanation concerning these latest events, lest his own credibility and candidacy be at stake. 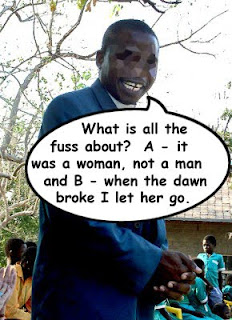 Contacted for comment about the decision, the bishop-elect said: “Yes, I have been confirmed and I thank God for that.”

He said his accuser needs prayers “so that she does not go astray spiritually because some people used her…she is not my enemy.”

Magangani said he forgave Chirwa because “she is still my flock in the diocese.”