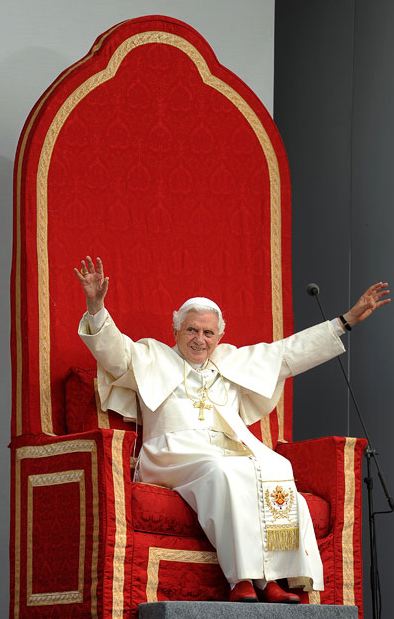 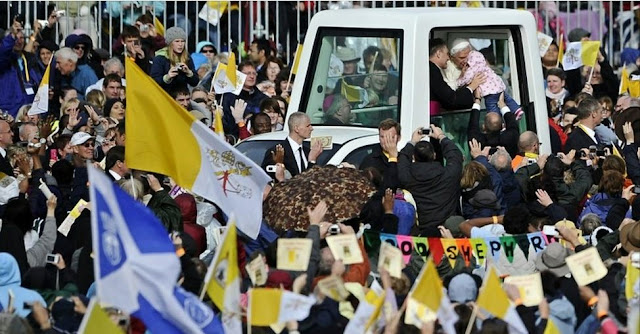 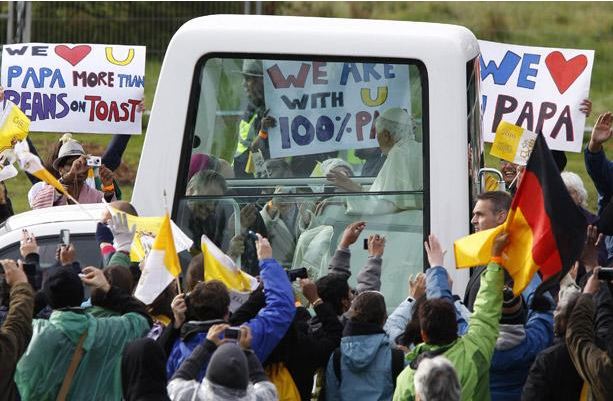 Anybody who has even the slightest respect for the teachings of Jesus Christ will probably think that the royal procession of the Prince of Rome through his British territories this week is beyond being lampooned. But the excellent PRIVATE EYE magazine gave it their best shot: 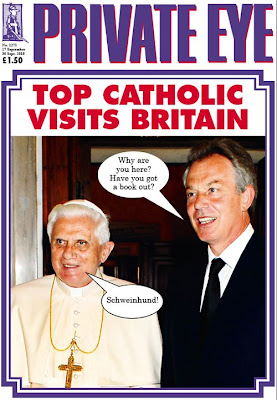 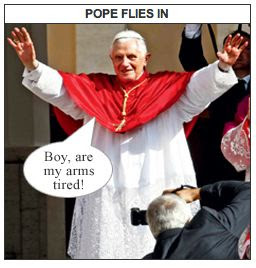 So, what the heck, I better give it my best shot too: 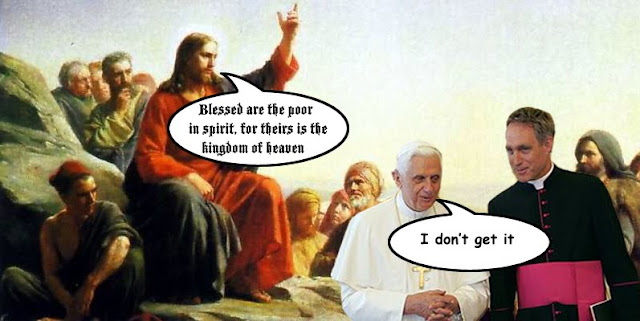 I haven't seen the BBC news team in such a grovelling mode since the death of Princess Di. Although the media, especially the independent TV stations, put on programmes critical of the Roman Catholic church, the coverage of the actual gigs and photo ops was so fawning towards the winner of "Pope Idol 2010" that I got confused as to who exactly was being beatified during his visit. The BBC found a commentator to front up their team whose other job must be working as Benny's hagiographer. He kept talking about "The Church" as if Britain was still part of the Holy Roman Empire and not the birthplace of Anglicanism, Methodism, the Society of Friends, the Salvation Army et al. 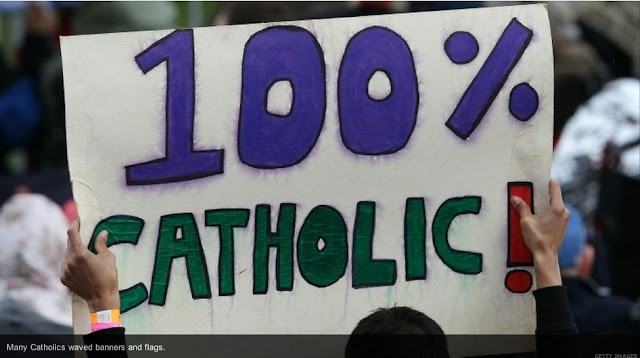 The photographs that summed the whole thing up for me were these two beauties (please avert your eyes now if you are easily scared shitless): 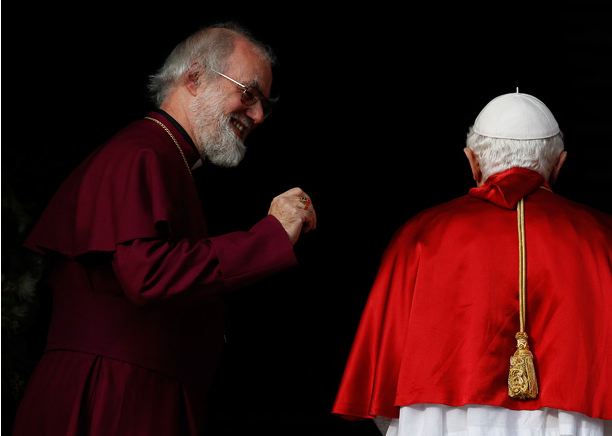 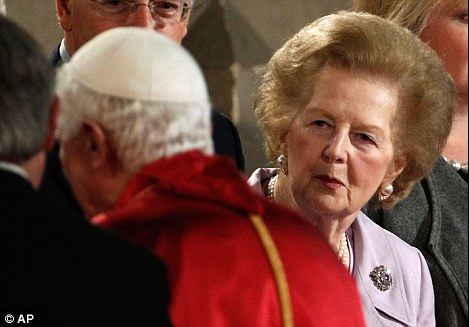 Fortunately, teh gays and the usual suspects were out in force to bring some frivolity and colour to the occasion and to show up the main attraction as the "Triumph Of The Will" redux it was rapidly turning into. 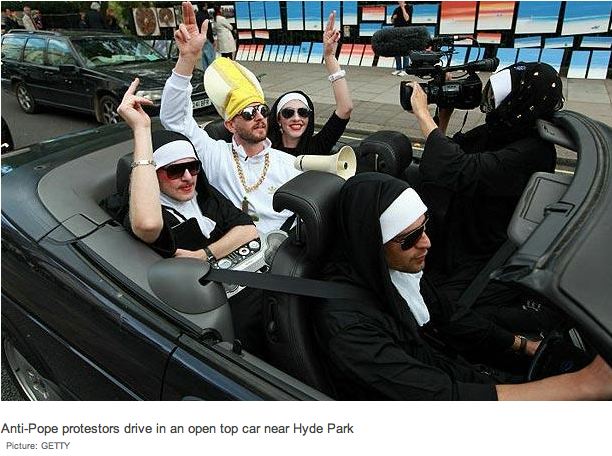 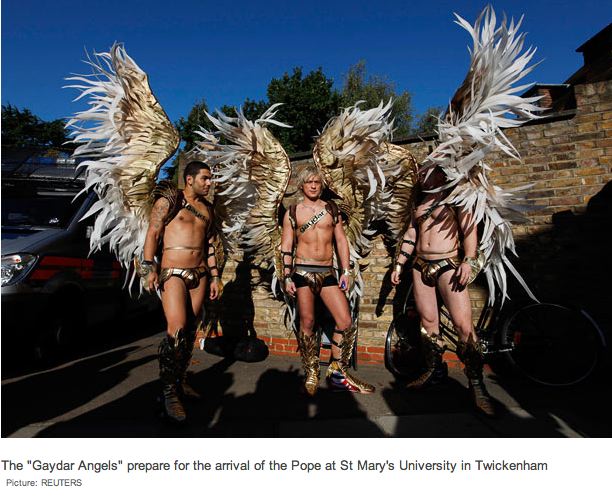 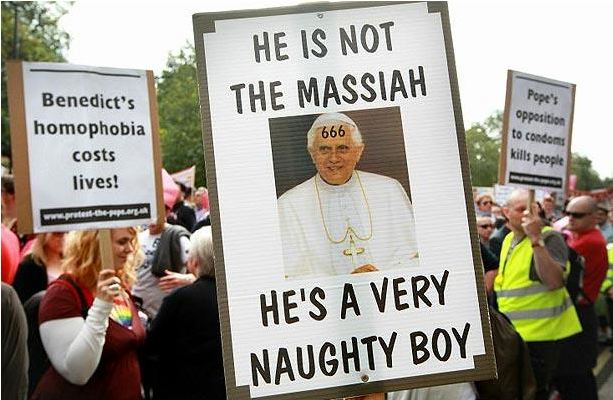 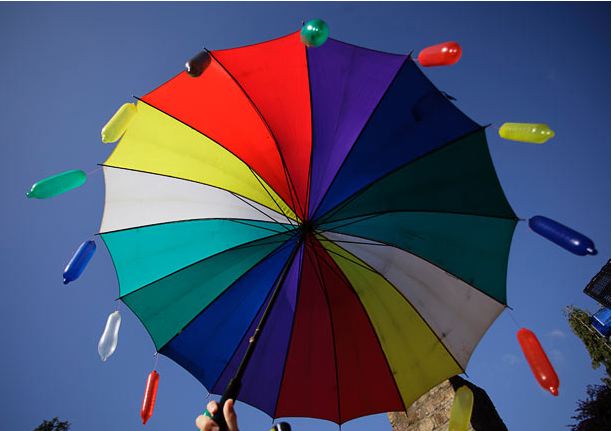 But that's enough from me on this matter. Now it's your turn as it's time for our topical

I really don't like the caption the BBC have shoved on the bottom of this photo of two Anglican (therefore, not real) bishops attending this morning's shindig in Birmingham. I just know you lot can do so much better. Off you go them... 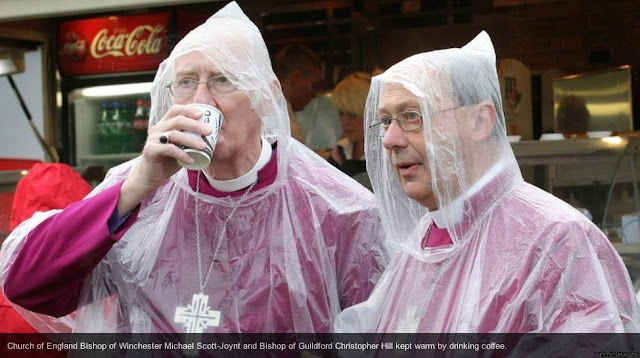 An extra 200 days off purgatory for the first person who works a "putting on condom" reference into their suggested caption.