Today's overload of cuteness has been sent in by the original "soppy Sheila," Cathy. She writes:

This is Bruno the big old dawg who lives at Peinmore House, the B&B Mimi and I stayed at on Skye. He made great friends with both me and Mimi. He seemed to like hanging out under the desk in the hall a lot. At one point I was playing on the hall floor with Toby the cat and Bruno suddenly burst out towards us, giving Toby a wee fright so he ran off down the hall a short way. Bruno then lumbered over and sat on me heavily, so that I had to pay attention to him instead.

Toby looks like a terrible bruiser in the pic but he was a real sweetie. He helped me do some of my packing by hiding under the chest of drawers in my room and knocking about scrumpled up bits of packaging.

There was also an elderly boxer of uncertain temper and bladder who we only saw the once, rolling her eye at us with a skeptical air as she was ushered hastily into the back garden. 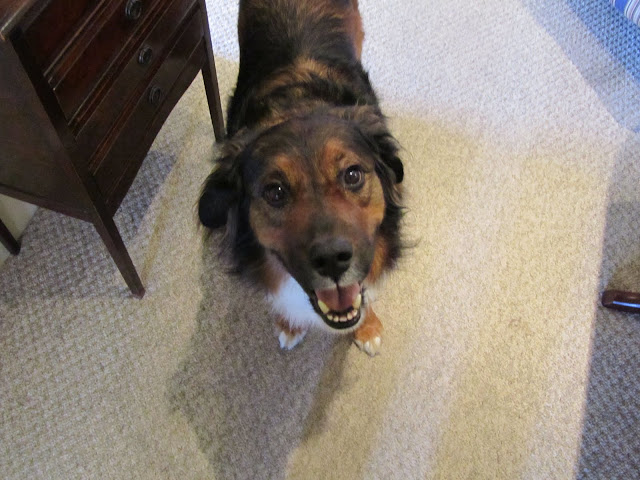 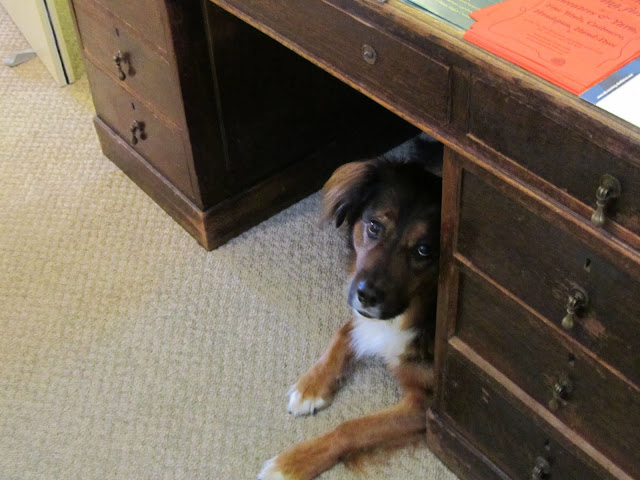 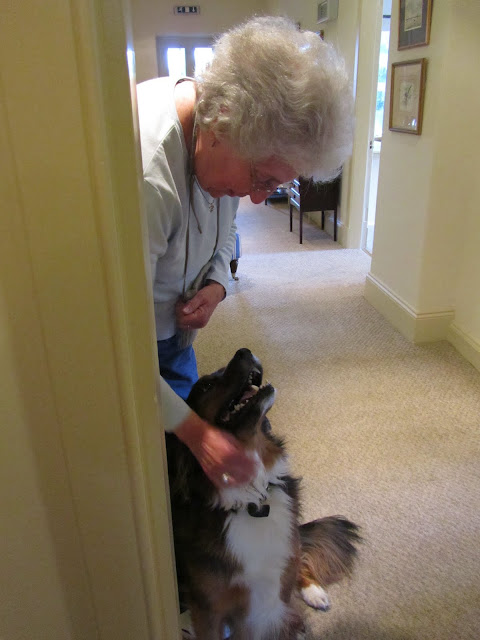 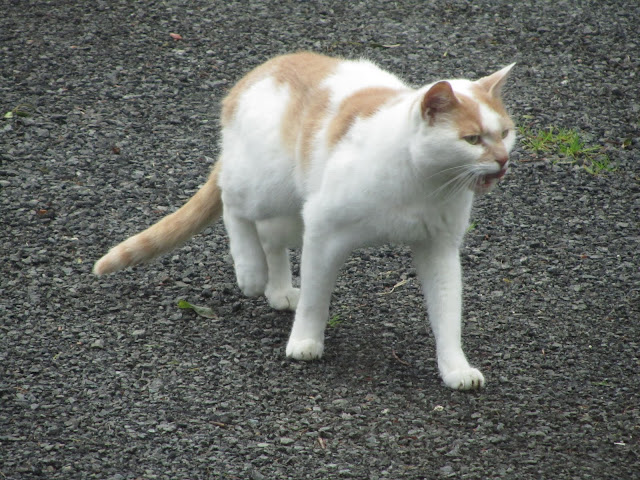