Eight hundred colourful miniature figures of the 16th-century Protestant Reformer Martin Luther on display on the central market square of Wittenberg, where he lived and worked, are causing offence. The installation by German artist Ottmar Hörl is part of the Luther Decade celebrations commemorating the period between Luther's arrival in Wittenberg in 1508 and the beginning of the Reformation in 1517. Visitors have been walking around the market place between the black, green, red and blue figures, picking them up and placing them in other parts of the town.

This art show has, however, been heavily criticised by prominent theologians such as Friedrich Schorlemmer from Wittenberg. In August, he told the Leipziger Volkszeitung, "This is theological and aesthetic rubbish. Martin Luther cannot be mass produced."

COMMENT: On the other hand
- it could have been useful back in the day: 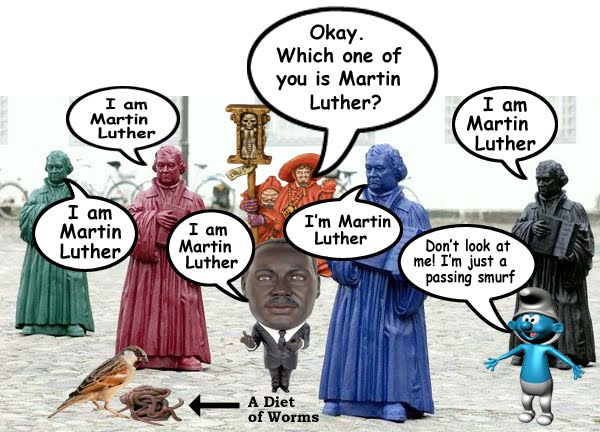