Protests are planned throughout the pope's four-day trip to England and Scotland. One group of women, the Catholic Women's Ordination (CWO), will have its message plastered on the side of the buses as they travel along key routes, including past Westminster Hall, at the Palace of Westminster, where the pope is set to deliver a speech to Britain's civic society on Friday, September 17. The group has paid 15,000 pounds for 15 buses to carry the message "Pope Benedict - Ordain Women Now!" for a month.

"We do not want to be disruptive, but I think the church has got to change or it will not survive," CWO spokeswoman Pat Brown told Reuters.

"I am quite hopeful at the moment because I think the church is in disarray."

It also hopes to protest outside Lambeth Palace during a meeting between the pope and Rowan Williams, the Archbishop of Canterbury, spiritual head of the Church of England, the Anglican mother church, and it has also launched a group "Catholic Voices for Reform" to coincide with the pope's visit to counter "Catholic Voices," a media-friendly group which has the backing of the Bishops' Conference of England and Wales. They will go head-to-head on controversial matters such as child abuse, women's ordination, married priests, homosexuality and the way the church is run. 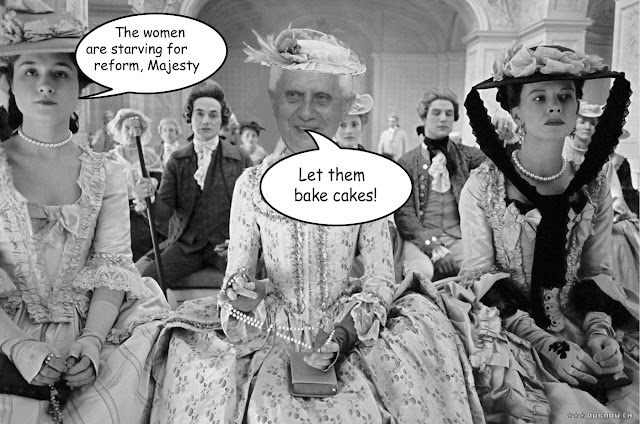