From THE ANGLICAN NEWS SERVICE:

Speakers’ messages converge at All African Bishops Conference: “this could be the church’s African century.”

The Bishop in Egypt[1] Dr Mouneer Anis told bishops from more than 400 dioceses at the 2nd All Africa Bishops Conference that this was an historic moment for Africa’s Christian community.

“There is no doubt that history is going to record what happens at this conference for future generations,” he said at today’s opening service in Entebbe, Uganda. “This is no ordinary conference because it’s happening in an extraordinary context.”

He explained that although “Africa groans” under the weight of conflicts, epidemics and poverty the African church was growing in an extraordinary way. It was predicted, he said, to become a continent of 673 million Christians by 2025.

He concluded that through the power of God, “We can shape the Christian mind in the whole world…We can take the gospel not just to Africa, but to the rest of the world.”

This theme of unlocking the potential of the Anglican Communion in Africa to impact the continent and the rest of the world was echoed in the comments of several of the key speakers.

Archbishop of Uganda Henry Orombi[2] the Primate of the country hosting the CAPA[3] - run conference, said now was the time for African Anglicanism to “rise up”, that it was time for representatives of the continent to be able to go to other places in the Communion with “fresh wine from new wine skins”.

In his sermon, the Archbishop of Canterbury Dr Rowan Williams - who described the conference as “deeply significant” said, “It has been said that this is going to be the African century of the Christian Church in terms of energy and growth and vision. God raises up different countries and cultures in different seasons to bear witness to his purpose in a specially marked way, and it may be that this is indeed his will for Africa in the years ahead.

“And if the churches of Africa are indeed going to be for this time a city set on a hill, how very important it will be for the health and growth of all God’s churches throughout the world that this witness continues at its best and highest.”

This theme of unlocking the potential of the Anglican Communion in Africa also ran through the speech of Chairman of CAPA, Archbishop Ian Earnest, the Primate of Church of the Province of the Indian Ocean, who after thanking the bishops for making the conference a top priority, celebrated the fact that Africa had “come of age”. He spoke passionately about how genuine engagement in the conference could help mobilise the church leadership of the Anglican Communion in Africa to tackle those things that “hinder our ministry as a church” such a poverty, disease and corruption.

He also stressed that the time had passed when Christian mission went from east to west, but that the church was now in a time when mission could go from anywhere to anywhere.

“This conference has been designed to unlock the potential of the Anglican Communion in Africa. If we are able to work together in faith our church has the capacity to bring to the continent transformative energy,” he said. 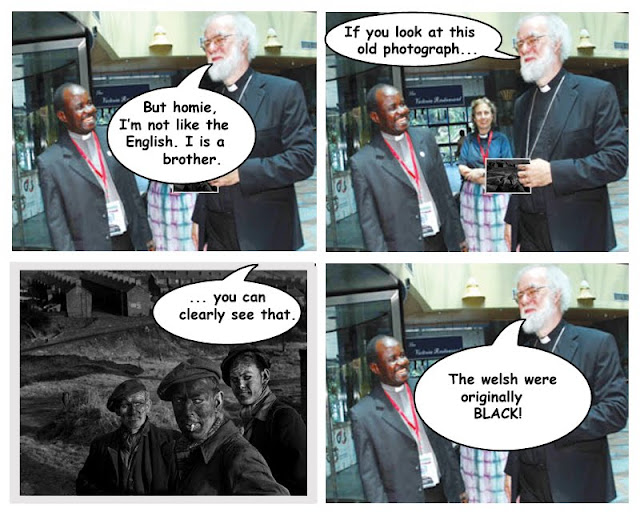