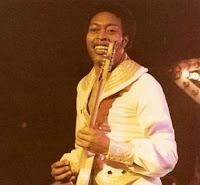 The Grim Reaper has just paid his second visit in two months to the Parliament-Funkadelic camp. P-Funk guitarist Garry "Diaperman" Shider died in June, and now comes the word that P-Funk/James Brown guitarist Phelps "Catfish" Collins passed away on August 6 after a long battle with cancer. He was 66 years old.

Though he kept a much lower profile, onstage and off, than his bass-playing younger brother William "Bootsy" Collins, Catfish was equally integral to the rise of funk music in the late '60s and early '70s. As a budding guitarist, Catfish set his younger sibling on the path to cosmic funk greatness, convincing him to rig up an old guitar with bass strings. The brothers first played together in a late-'60s Cincinnati, OH funk band called the Pacemakers and experienced their first brush with fame in 1969, when James Brown recruited them to join the J.B.'s after most of his backing musicians had walked off the job over a pay dispute. The Collins brothers only lasted 11 months with the Godfather of Soul but they recorded a number of groundbreaking funk classics with Brown before they left. Catfsh's switchblade rhythm riffs powered such funky monsters as "Super Bad," "Get Up (I Feel Like Being a) Sex Machine," "Soul Power," "There It Is" and "Give It Up or Turnit a Loose."

Following their exit from the J.B.'s, the brothers were invited by George Clinton to join Funkadelic in time to contribute to the recording of 1972's America Eats Its Young. Catfish continued to play on and off with Clinton over the next decade, most notably on Parliament's 1978 smash hit "Flashlight." He also toured and recorded with Bootsy's Rubber Band, his brother's successful P-Funk offshoot.

"Catfish was my brother, my father and most of all my best friend," wrote Bootsy in a statement following Catfish's death. "Catfish was a different kind of human being, he only wanted love and peace in every situation. To me Catfish was the one that inspired me to be at one with all that is, which is everybody and everything that was created by the One. Catfish taught me that to be love meant more than just to talk about it. Sure, we all may have a great interpretation of love in our everyday language that people understand, but even a child that don't understand a word knows when he is in the presence of love with no words mentioned. That is who the Catfish was and still is. He was that word that did not have to speak in order for you to understand the depth of his being, his soul, his peace and joy.

"My world will never be the same without him," Bootsy continued. "Be happy for him, he certainly is now and always has been the happiest young fella I ever met on this planet." 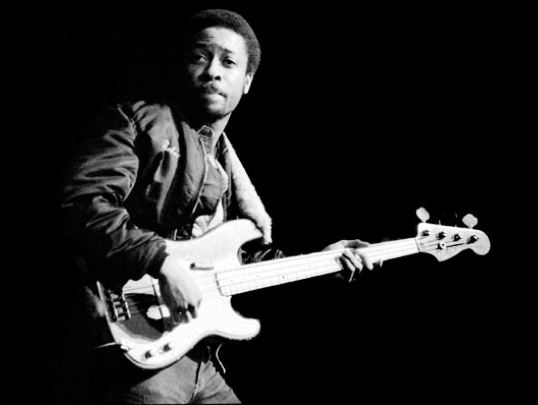 Robert Wilson, 1/3 of the Wilson brothers who made up legendary R&B/funk group The Gap Band, has died of a massive heart attack in his Palmdale, California home. He was 53. Wilson was known as the "Godfather of Bass Guitar" for his unique, funky style of playing.

Though never given just due by music critics, for the better part of a decade the Gap Band created some great music that has increased in stature over time and has influenced a new generation of artists who have liberally borrowed from the Gap sound in creating modern soul and hip-hop albums.
(SOULTRACKS)

And here is, I hope, a fitting tribute to two such great talents - a megamix of funky stuff that they helped create.

If anyone has (the Godmother of Funk) Roseann's email address in heaven could you let her know this mix is up as it's most definitely dedicated to her.

May the funk be with all three of them.

Get Up (I Feel Like Being A) Sex Machine, Part 1+2 - James Brown
These Are the Jb's - The JB's
Philmore - Funkadelic
What So Never The Dance - Pt. 1 & 2 - Houseguest
Hands Up (Punk Funk) - Godmoma
Groove Is In The Heart - Deee-lite
Labor Day (It's A Holiday) - Black Eyed Peas
I Don't Believe You Want to Get Up and Dance - The Gap Band
Burn Rubber On Me - The Gap Band
Shake - The Gap Band
Outstanding The Gap Band