Not much time for blogging today as I've spent most of it on a very important mission for the British Government. I'm in deep cover posing as a taxi driver in order to keep an eye on two very suspicious foreigners who are making their way north through England, possibly heading towards Scotland. I have to hand it to them their disguise is brilliant. The older one of the two is posing as an absent minded, sweet old lady but I've sussed her already. She is obviously the brains behind some sinister plot to take over the world. Goodness knows what she has in store for us all if she succeeds. The younger one doesn't say much. But that's not surprising as nobody gets a word in edgeways once her companion gets in the car. The Australian has brought half a ton of luggage with her. I know she has a load of sophisticated communication equipment with her, in fact she's in constant contact with some unknown third party who goes by the name of Dah-veed (who I think is hiding in a bunker somewhere in Mexico of all places, most likely overseeing their dastardly plan). As for what else she is dragging around with her is anybody's guess and my guess is heavy artillery - which, if nothing else, will be useful for keeping the midges off when we get to Scotland.

Anyway, to keep you lot amused whilst I'm risking my neck for God and country, here's some photos of cute animals.

First off is a photo of my Glenna and Delphi from a walk we took near Wark Forest in Northumberland yesterday: 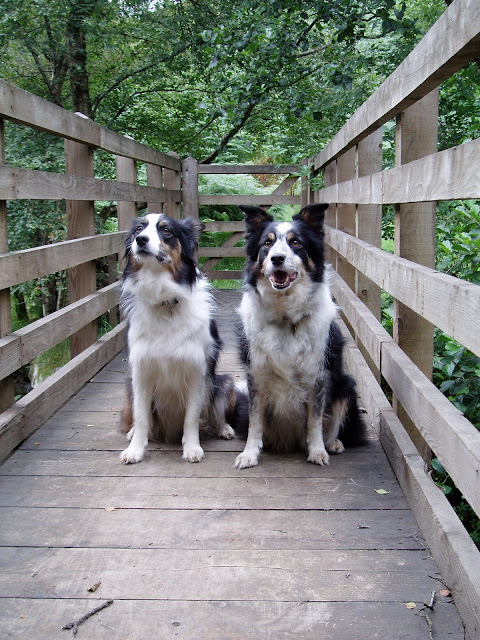 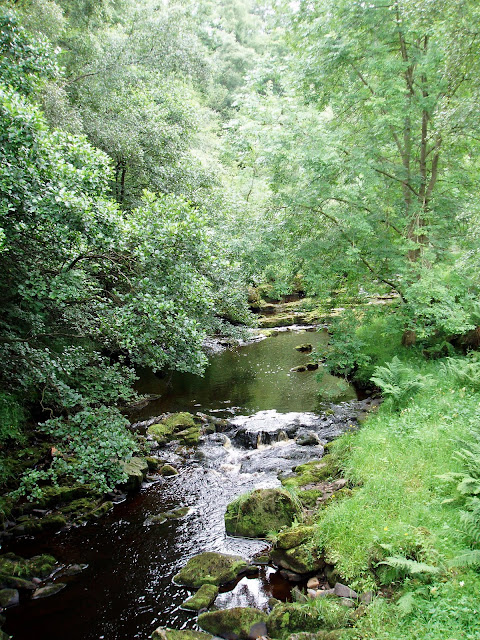 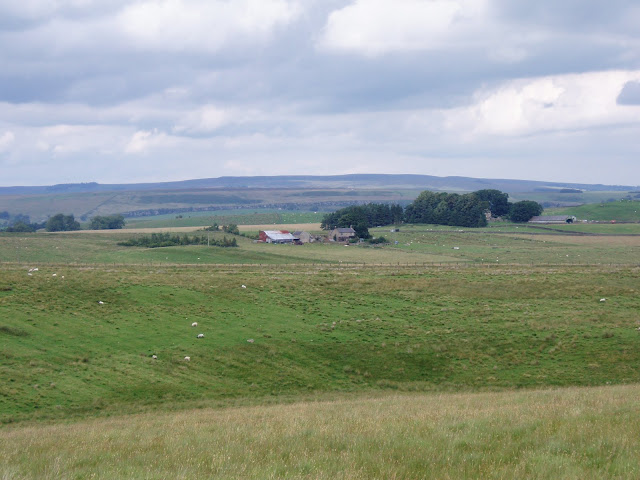 I've received the following photos from Cathy along with an explanation:

These two pics are of Coco, the kitty kat who as of this week owns my friends Michael and Stephanie. She is one whole bundle of cute!! They let her choose her own name by writing about half a dozen different names on different bits of paper, scrumpling them up and seeing which one she played with. She went for "Coco" and no mistake. 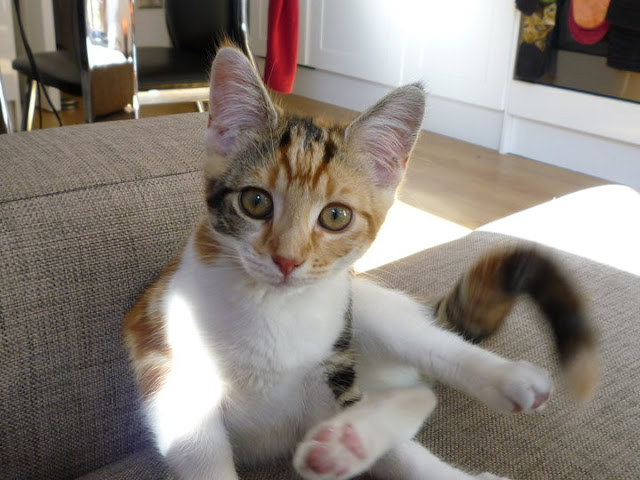 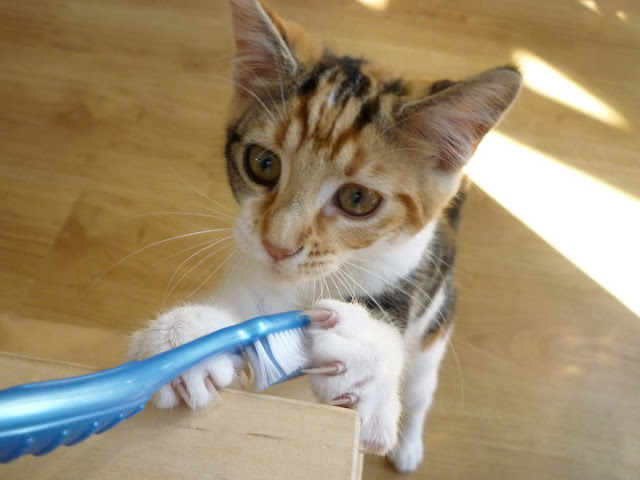 These gorgeous photos came from KJ. He says:

This is my elderly parents', elderly golden retriever - the one that one brother described as "just a dog," as if such a thing could be possible. I keep telling Nugget, who has his own cancer deal going on, he's got a job that is not yet quite complete, so "Hold on!"

He's Nugget III because my sainted mother, Virgie, is not very creative when it comes to naming, so Nugget I was my folks' first dog, a golden Cocker Spaniel. Nugget II was my high school dog, a gorgeous golden retriever beyond compare, and now, Nugget III. Long may he live! 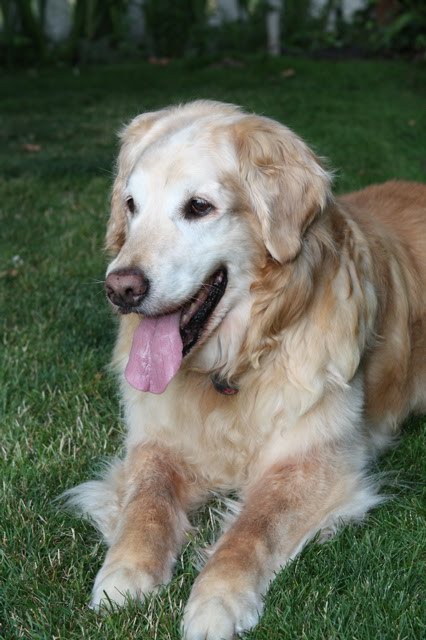 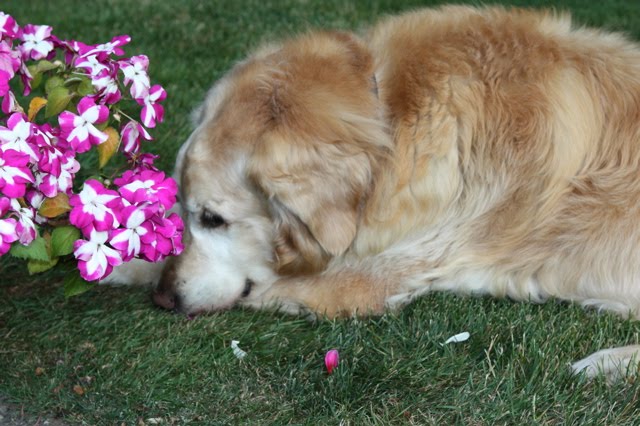 Finally, this is JCF (if he was a dog) having just, somehow, blagged his way into the RevGalsBlog annual meet-up. 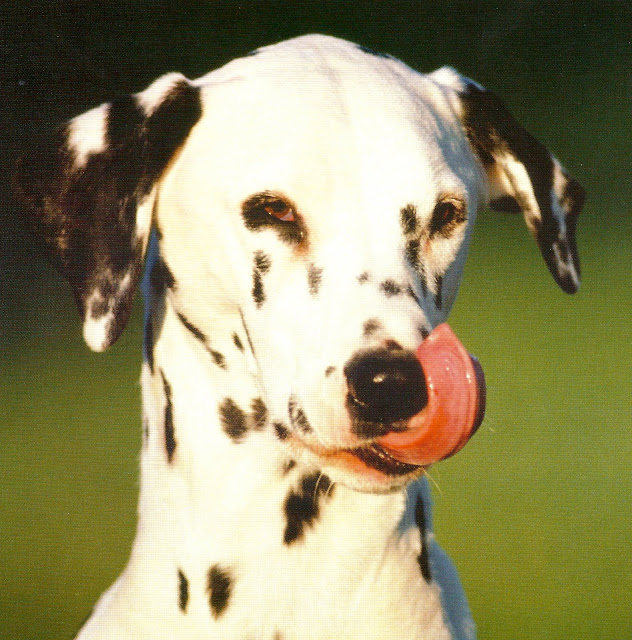