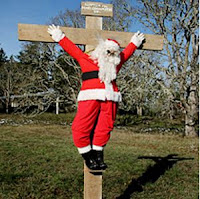 Outside the summer sun was beating down, but inside Selfridges was a winter wonderland as it decked its halls for Christmas - FIVE months early. The lower ground floor had been turned into a Santa's grotto, even though there are 145 days to go to December 25.

And on Saturday, Knightsbridge department store Harrods will open its Christmas shop on the second floor.

A Church of England spokesman said: "We should not forget the true meaning of Christmas which is to celebrate the birth of Christ."

COMMENT: Which is what he says every year. Personally I would go for something along the lines of, "May the blasphemers be thrown into hell, where the worm never dies, and the fire is never quenched." It's a more Christlike response. 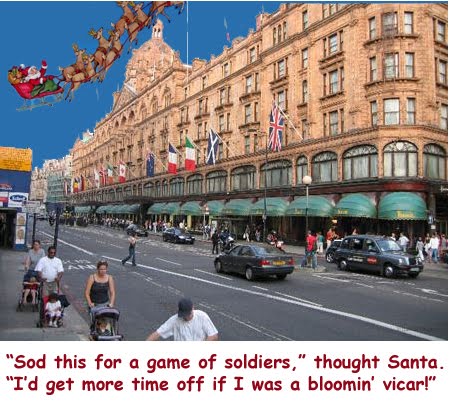