From THE BATTLE CREEK ENQUIRER:

Under the shade of trees along the Battle Creek River, Father Brian Coleman of St. Thomas Episcopal Church asked the people gathered there today to not only pray for victims of the oil spill, but to ask for forgiveness.

Coleman said the oil spill which has blackened the Kalamazoo River, is as much the fault of the people who drove to the vigil in gasoline powered vehicles as it is Enbridge Inc.'s ruptured pipeline.

The pastor recited an ancient proverb that says when the last fish is caught, only then will people realize they can't eat money.

He asked people to symbolically offer repentance into a bowl of water, which was poured into the Battle Creek River that flows to the Kalamazoo. One by one, people cupped their hands into the clean water and wetted their faces or made the sign of the cross. 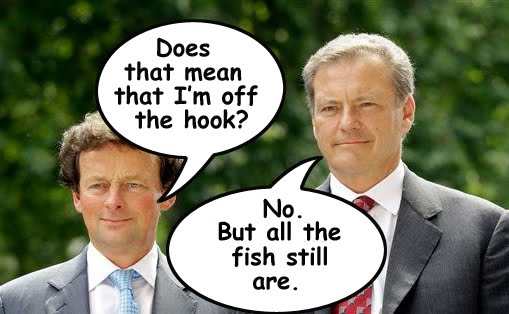