The Cataluña Parliament has voted to ban bullfighting in the region by 68 votes in favour, 55 against and with nine abstentions. The prohibition comes into effect on January 1 2012. The vote came as a result of the People’s Legislative Initiative, promoted by the Plataforma Prou, which gathered the signatures of 180,000 citizens to force the popular vote.

Mireya Barbeito, President of the anti-bullfighting party, PACMA, has said that ‘Nobody would cause pain to a bull for fun, except a sadist’, while top bullfighter José Tomás, one of the few capable of filling the Monumental bullring in Barcelona, has said that the Catalan Parliament owes the bullfighters an apology.

Figures show that the number of bullfights is in decline, and attendances are down, but still 28 bulls are killed every day in bullfights and in other fiestas which use the animals.

Cataluña is the second autonomous region of Spain to ban the ‘National Fiesta’ following a decision taken on the Canaries in 1991. 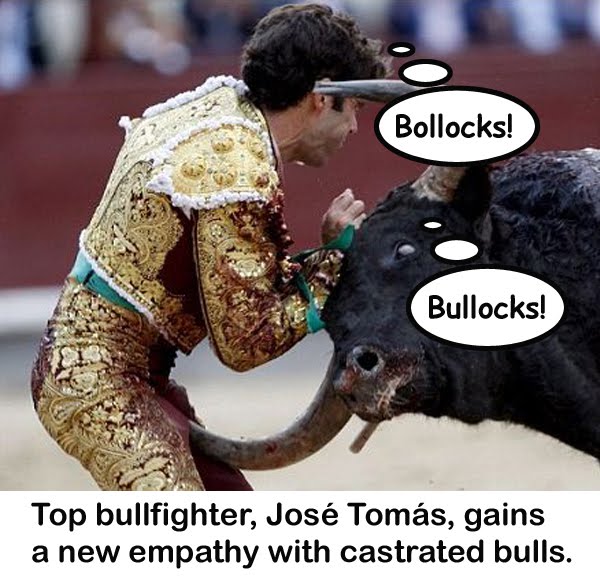