The Church of England General Synod has added the name of Suffolk's anti-slavery campaigner, Thomas Clarkson, to the list of lesser festivals. He will be commemorated on 30 July along with another newbie, the African fighter for abolition, Olaudah Equiano and William Wilberforce who has been on the list for a while now.

Clarkson was born in Wisbech and later lived in Bury St Edmunds and Playford, where he lived on a 340 acre farm. He gathered much of the evidence for the campaign which led to the Abolition of the Slave Trade Act, 1807. His research included the creation of the iconic 'Brookes slave ship' diagram which was shown to Parliament.

During his campaigning, he was physically attacked by pro-slavery sailors in Liverpool who benefitted from the transport of people from Africa to the Americas via British ports.

"Thomas Clarkson certainly deserves his elevation. He was one of the instigators of the anti-slavery movement and a man who worked hard behind the scenes for the cause. He lived in the shadow of William Wilberforce and has been largely overlooked," said Canon Pauline Stentiford of Playford. 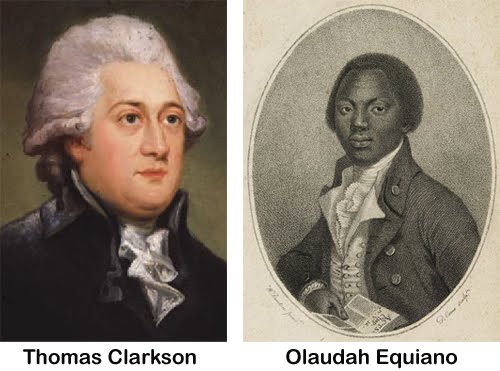 General Synod also added the following to the list of those saints of our past who are now to be officially commemorated by The Church of England:

COMMENT: I'm pleased to see that, although I obviously deserve the honour, my name has not yet been added to the list of lesser feasts and festivals. That means I'm still alive. It's always reassuring to have independent corroboration of that fact. If, for example, I went by the amount of support I am getting from my bishop at the moment I could easily jump to the conclusion that I had passed away a while ago and that I am existing in some sort of "Ghost Whisperer" scenario.