Well, actually, there are plenty of good catholics, loads of them, in every catholic church throughout the world. Unfortunately very few of them have the courage, like Bryan Cones, to speak their goodness to the world.

The Italian magazine, Panorama, is publishing an expose of three gay priests, two Italians and a Frenchman, who are leading double lives in Rome, priests by day and party boys by night, complete with gay nightclubs and casual sex. The Vicar of Rome is so incensed that he has called for gay priests to come out of the closet and leave the priesthood. Oh, brother.

The real problem here is not that there are three priests running wild in gay Rome; there are plenty of priests, straight and gay, who misbehave sexually with other adults. The problem is that only these gay priests are the news, not all the other gay priests who labor faithfully, honoring their commitments along with their straight brothers as best they can. We don't hear their stories because they can't tell them for fear of expulsion. And that isn't right.

On this matter, the church's real problem is the closet. An Episcopal priest of my acquaintance told me that after the ordination of the openly gay Gene Robinson as bishop in New Hampshire, the whole Episcopal Church had to "come out" in a way, and not just in terms of sexual orientation. She has been pleasantly surprised that a lot of other "closeted behavior," funny business with money, addictive behaviors, and so forth, got cleaned up, too. There's something to that: Having to lie or shade the truth or otherwise not be honest produces a lot of unhealthy behavior. 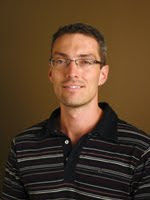 Funny what being honest will do. What was did Jesus say about things like this? "The truth will make you free." Yeah, that was it.

COMMENT: For seeing a damn sight more standing in the valley than those who stand on the top of the hills of Rome, Bryan Cones is our...