Archbishop Desmond Tutu has announced he is to withdraw from public life. After his 79th birthday in October, he said, he would reduce his work-load to one day a week before retiring. That work would be devoted to The Elders, a group appointed by former President Nelson Mandela to tackle the world's most pressing problems. While he said he would honour his existing appointments, he described how his schedule had grown more punishing over time.

"The time has come to slow down," he told reporters.

He said he wanted to spend more time enjoying life with his wife, watching cricket, or cuddling his grandchildren.

COMMENT: I only hope this isn't Tutu not wanting to burden us with something worse and that he gets to spend a long and active retirement with his family.

However, much as he may retire physically from the world stage I very much doubt that he will retire that great, big, righteous, wonderful mouth of his. And long may it proclaim the truth to a world whose leaders would rather it didn't. 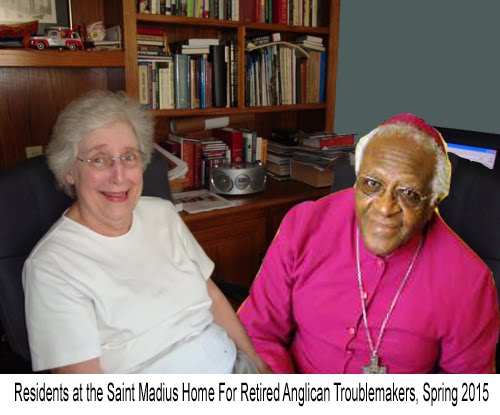