Plymtree C of E Primary School in Devon has banned football in the playground after kids began copying the bad habits of their World Cup heroes. Head Pat Fay claims they began "fouling, cheating and shirt pulling" after watching their role models misbehave.

She said yesterday: "We are a Church of England school and we very much value developing a caring attitude among our pupils."

Dave Bunker, whose son Tom goes to , said: "It's a small playground and can get a bit feisty but I feel for those boys because they love the game." 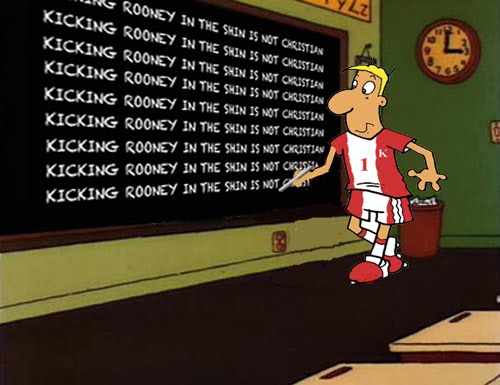