The CofE leadership has now urged ministers to stop banning Jerusalem from weddings for being un-Christian and ‘too nationalistic’. The Rev Peter Moger, the CofE’s national worship development officer, said William Blake’s much-criticised lyrics can be used a springboard to explore deeper theological themes.

But he may have a hard time persuading many of the clergy. Their objections include that the hymn’s opening lines ‘And did those feet in ancient time/Walk upon England’s mountains green’ are inspired by the apocryphal story that a young Jesus visited Glastonbury in Somerset.

Donald Allister, now the Bishop of Peterborough, has complained: ‘What it is actually saying is, “Wouldn’t it be nice if Jesus lived in England?” Yet we all know he did not, so it is just nonsense.’

The next thing we know the revisionist scum will be claiming that King Arthur was Welsh!

Will somebody bring me my bow of burning gold?
I'm going heretic hunting. 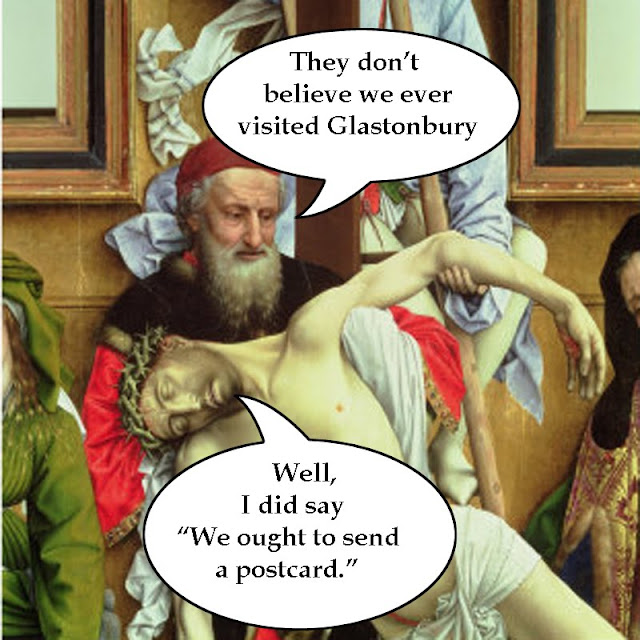