From THE SAN ANTONIO EXPRESS-NEWS:

In its storied 99-year history, Christ Episcopal Church has fashioned itself into a pillar of orthodox beliefs, Anglican heritage and charismatic fervor for spreading Christian salvation worldwide. But in recent years, a gut-wrenching question has tested the bonds of this spiritual family. Should it leave its parent organization, the Episcopal Church, for making unwelcome liberal changes by accepting openly gay and lesbian clergy and modernizing time-honored theology?

One group had enough. They walked away from the 2,400-member parish in Monte Vista last month to forge a new one — free of potential intrusion from national leadership but one that will meet, at least for a while, in less ideal facilities. A larger group remains in the parish, and while equally disturbed about the direction of the national church, it is resolved to carry on the parish legacy despite the shifting winds.

The unraveling began in earnest in May when the parish rector, the Rev. Chuck Collins, announced plans to retire for a future outside the Episcopal priesthood. Most of the lay governing body resigned the next month to organize the new church, including architect Rick Archer, a 22-year member and former junior warden.

“We miss the people the most,” said Archer, 53. “Being in that place with that body of believers — young and old — is my fondest memory. But at the same time, we're not trying to re-create it. We're trying to understand what it is God wants of us.”

Retired Bishop Bill Frey has replaced Collins as interim rector, rallying those who remain with a message to be a light in a wayward denomination.

“I've often felt that the (national) church had been taken over by pirates,” Frey told them during a recent sermon. “And years ago when I was praying about the future, God said something like, ‘Don't let the pirates tempt you to jump overboard. If they make you walk the plank, OK. But don't do it voluntarily. It's my ship.'” 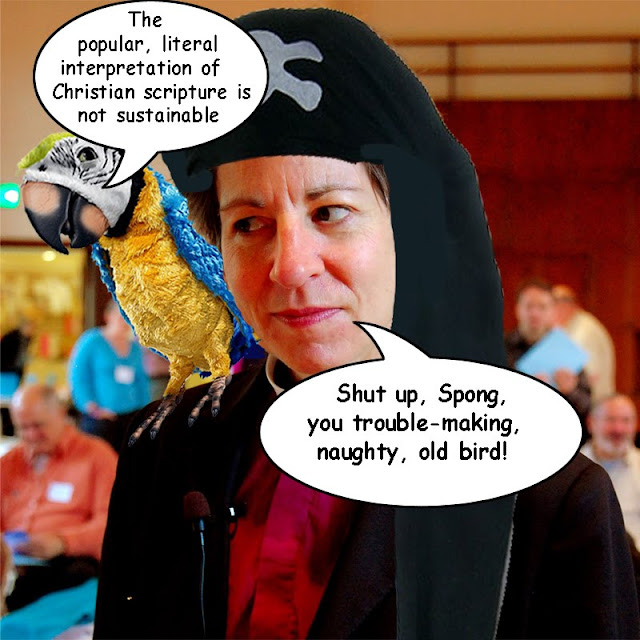