Making a woman a priest is as sinful as abusing a child, the Roman Catholic Church declared yesterday (15th. July 2010). New religious rules published by the Vatican set both sins at the same level of gravity and recommended the same punishment for guilty priests.

Church officials in Rome insisted that the new version of Canon Law showed it was 'very, very serious in its commitment to promote safe environments'. But it had the appearance of an own goal by Pope Benedict XVI in his attempt to cool the scandal over Catholic cover-ups of child abuse by paedophile priests. Victims' groups protested that criminal offences against children should be given far greater weight than doctrinal arguments over whether women can be ordained. The Vatican move also appeared badly-timed as it followed the debate in the Church of England over appointing women bishops that won worldwide publicity at the weekend.

The new rules mean that priests can be defrocked or excommunicated for paedophile offences, sexual abuse of mentally handicapped adults or attempting to ordain women. Erring priests will be punished by the Congregation of the Doctrine of the Faith, the Vatican department once known as the Inquisition. 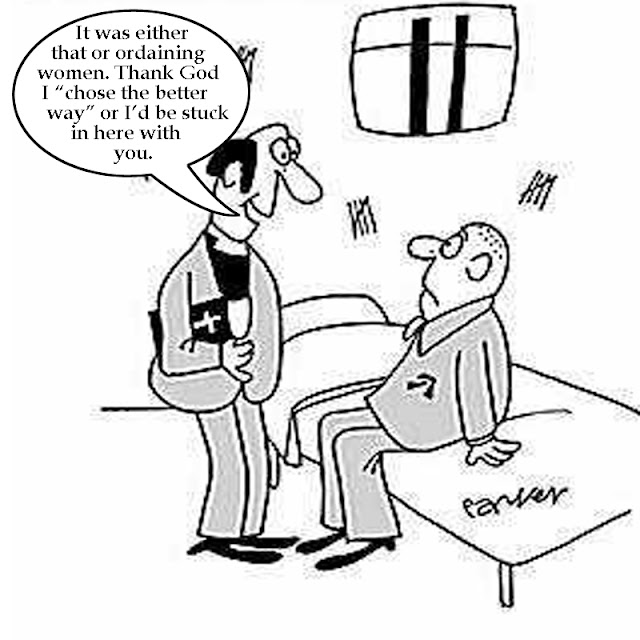