He is suing the Campbelltown Anglican Schools Council for negligence, arguing that students should not have been allowed to dance, sing and play music containing bad language and sexual innuendo. ''The effect of the teacher permitting the activities … was to make students within the class boisterous, ill behaved and out of teacher control,'' his statement of claim, filed in the District Court, says. Mr Bird claims there was no justification for his expulsion and that he suffered psychological shock, anxiety and depression and disruption to his academic career.

COMMENT: I think they should have sacked Bruce from the Department of Personal Development, not the lad. In my day making a wanker sign in class might have resulted in a "good" caning. But no way would a schoolboy have been expelled for being childish. And when our schoolmasters presented adult themes in lessons it was invariably they that made the crude comments first. In fact, that's about all I can remember from the classes I attended on Shakespeare's plays. 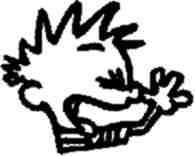 You know, Devo were right about everything. We are going backwards at an alarming speed, and will soon be wearing puritan garb and burning witches again.