A bid by two of the Church of England's most senior clerics to avert a split over women bishops has narrowly failed. A general synod vote went against compromise proposals, offering safeguards for objectors, put by the Archbishops of Canterbury and York. They were backed by a majority of the houses of bishops and laity, but not of the House of Clergy, meaning they fell.

The Archbishop of York earlier urged an end to the "spin and propaganda" against the Archbishop of Canterbury. Before the vote Dr Sentamu told the general synod of the Church of England "enough is enough" over the "general disregard for truth" about Dr Williams. He said he was "deeply saddened" that there was not only a "general disregard for the truth, but a rapacious appetite for 'carelessness'." He said this was "compounded by spin, propaganda and the resort to misleading opinions paraded as fact, regarding a remarkable, gifted and much-maligned Christian leader I call a dear friend and trusted colleague - one Rowan Williams".

Hopefully certain people in York are waking up this morning with a long overdue realisation that "trinity" means "three" and that the Holy Spirit is a real and irresistible divine person and not just some sort of recreational drug for puritans needing an excuse to let it all hang out. Should certain people in York still need a theological explanation for the potency of the Holy Spirit I suggest a reading of the following may suffice. It is by Charles Gore and is taken from the preface to "Lux Mundi" (1889). I am indebted to Sheila for posting it on Chin Wag a couple of weeks ago.

"This is to say that theology must take a new development. We grudge the name development, on the one hand, to anything which fails to preserve the type of the Christian Creed and the Christian Church ; for development is not innovation, it is not heresy : on the other hand, we cannot recognise as the true 'development of Christian doctrine,' a movement which means merely an intensification of a current tendency from within, a narrowing and hardening of theology by simply giving it greater definiteness or multiplying its dogmas. The real development of theology is rather the process in which the Church, standing firm in her old truths, enters into the apprehension of the new social and intellectual movements of each age : and because 'the truth makes her free' is able to assimilate all new material, to welcome and give its place to all new knowledge, to throw herself into the sanctification of each new social order, bringing forth out of her treasures things new and old, and shewing again and again her power of witnessing under changed conditions to the catholic capacity of her faith and life." 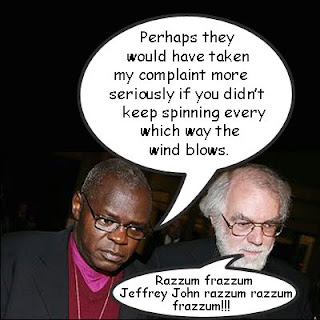