From THE MACARTHUR CHRONICLE: 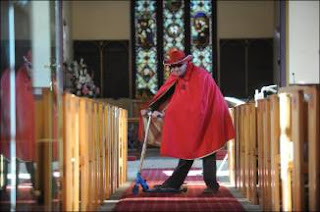 In the wild world of Campbelltown superhero Captain Memory Verse the accents are thick, the scooters are fast, and the teachings are most certainly furious. Otherwise known as the Rev Nigel Fortescue, from St Peter’s Anglican Church, the superhero has devised a novel, and some would say, unorthodox way to commute to the Campbelltown church from his nearby home - by scooter.

“The young kids think I’m just another normal person, but, let us say, the more mature members of the church do find it pretty funny,” he said.

“Scooters are a simple, easy, and economical way to get around. It’s also a good way to preserve God’s good world.”

Mr Fortescue has been at the church for about three months and along with riding his scooter to work, has introduced his alter-ego to the faithful.

According to those who’ve met Captain Memory Verse, he has the super-human power to speak in 15 different accents - many of them South American. 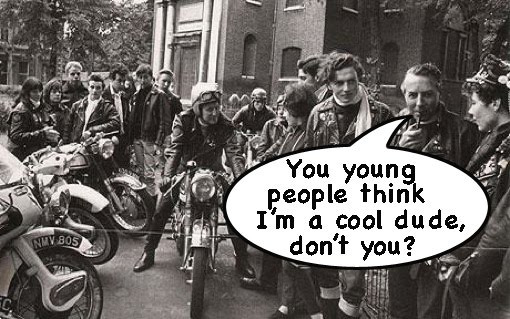