From THE HOLLYWOOD REPORTER:

When Jake and Elwood Blues, the protagonists in John Landis' cult classic "The Blues Brothers," claimed they were on a mission from God, the Catholic Church apparently took them at their word. On the 30th anniversary of the film's release, "L'Osservatore Romano," the Vatican's official newspaper, called the film a "Catholic classic" and said it should be recommended viewing for Catholics everywhere.

With the recommendation, "The Blues Brothers" joins the list of dozens of films recommended by Catholic authorities that includes Cecil B. DeMille's "The Ten Commandments," "Jesus of Nazareth" from Franco Zeffirelli," Mel Gibson's "The Passion of The Christ," Victor Flemming's "Joan of Arc," and "It's a Wonderful Life" from Frank Capra. 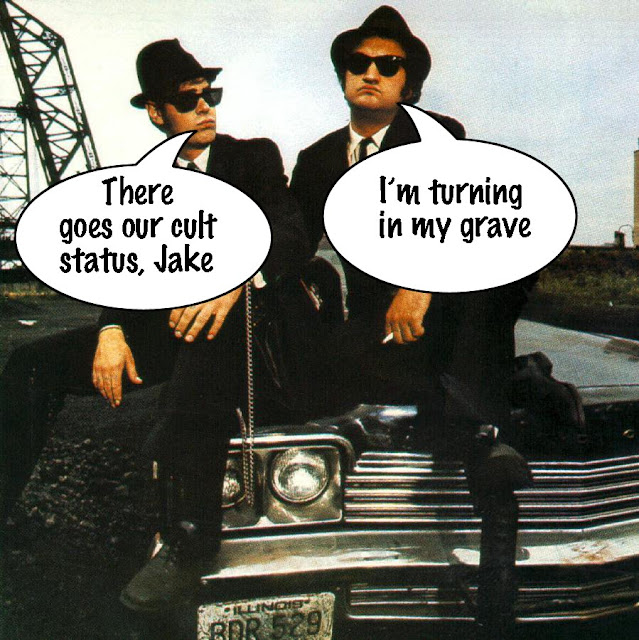