From THE DAILY NEWS: 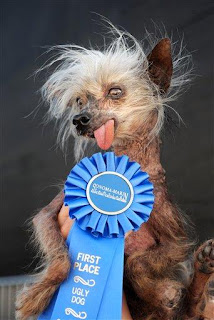 Miss Ellie, a cock-eyed Chinese Crested Hairless dog who took top honors at the Animal Planet 2009 "World's Ugliest Dog" pageant, died Tuesday after a long career in show business and years of do-gooding for animal shelters. She was 17.

"It was not unexpected even though she had been doing well," owner Dawn Goehring told The Mountain Press.

Goehring rescued Ellie eight years ago from an owner who no longer wanted her - and has since entered the loveably ugly pup in several competitions to raise prize money for animal shelters and the Humane Society.

To honor Ellie's charity efforts - she raised over $100,000 for her community over the years - the mayor of her town has proclaimed Nov. 12 "Miss Ellie Day." Goehring will pay respects to Ellie by raising money for a new animal shelter. "I am going to make that my driven goal to do in her honor," Goehring said. 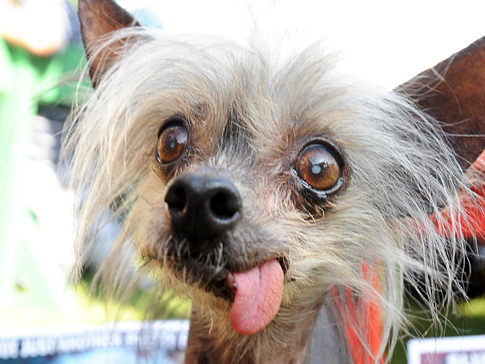