You may have been wondering why the titular head of the Anglican Communion has, so far, said nothing about the vile imprisonment of Steven Monjeza and Tiwonge Chimbalanga in Malawi. Well, the answer to that question is that he has obviously been too busy writing the following letter which, when put alongside his silence on the Malawi matter, will give the green light to the institutional persecution of gay people throughout the world for many years to come.

You don't need the alleged intellectual ability of Rowan Williams to work this out. It's very simple. Because the Episcopal Church in the US have shown that they regard gay people as having the same moral value as people who are not gay, Rowan Williams is sending them into exile. He is not going to exclude any province, or pseudo-province, that persecutes gay people. Therefore, Rowan Williams' Pentecost message for 2010 is that gay people are bad and that the persecution of gay people is good and, by linking his pronouncement to the current festival, that he believes this is the attitude of the Holy Spirit.

Greed for power and influence has trumped the love of God in Jesus Christ. We are now the enemy. 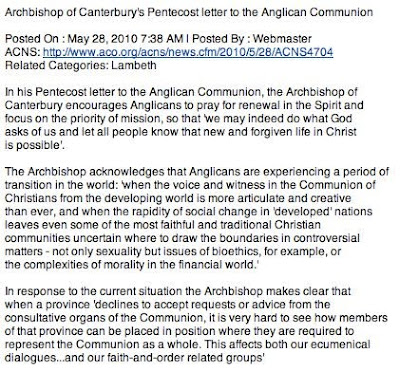 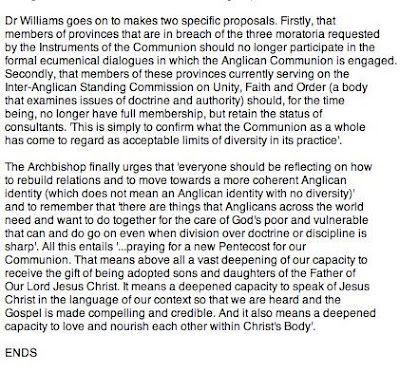 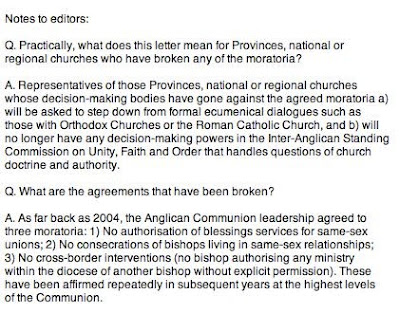 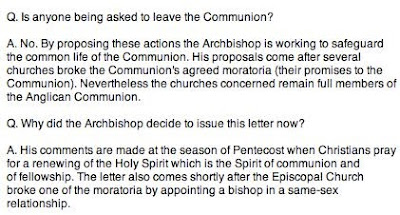 COMMENT: "Whoever blasphemes against the Holy Spirit can never have forgiveness, but is guilty of an eternal sin."

I am so glad I don't have a church to worship in at this particular moment in time. How on earth could an English Anglican priest preside at a Whitsunday eucharist when our spokesman has given the Holy Spirit such a slapping?

The full text of Pope Rowan's (load of) Bull
has been posted on FOOTNOTES. 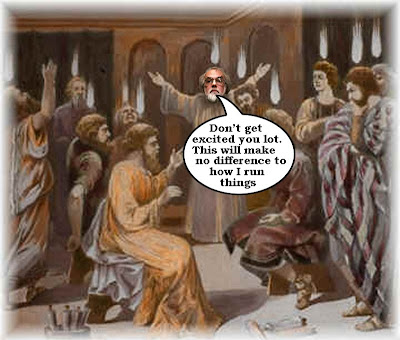