Christian Vision for Men claims that 49 per cent of all males under the age of 30 have left congregations over the past 20 years. It says that sermons dominated by love, compassion and grace do not entice men because they are “not male concepts”. In order to entice them back into the pews, the campaign group is asking vicars to show the World Cup on big screens above the pulpit and even serve beer while the football tournament is on.

Carl Beech, General Director of the CVM and a Baptist minister, said: "The problem has become male culture versus church culture. Too many sermons talk about Jesus’ love, compassion and grace which are great but not male concepts. Men want to know about his great decision-making and leadership. That is what they recognise. Churches are very pastorally driven whereas blokes are looking for decisions not discussions.”

Popular hymns such as ‘Amazing Grace’ have also been blamed as they are in the wrong key for men to sing. 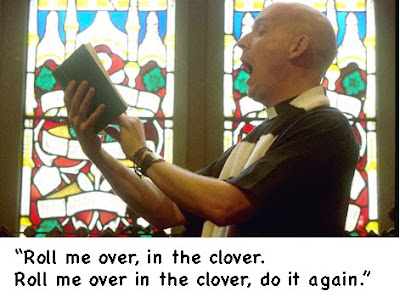