From THE COURIER MAIL (Australia):

A mother has had her three children removed from her care after her young son claimed he had been forced to live in a church for not doing his homework. It is alleged that the eight-year-old's mother, Patricia McHaney, 28, had left him with nothing but a roll of tissue paper and a paint can to use as a toilet. The boy said he had been forced to stay by himself at the Bethel Baptist Church in Cleveland, Texas, northeast of Houston, for several days.

The boy told investigators that his mother had delivered food to him a few times a day, but he was described as "very underweight".

Ms McHaney admitted she put her son in the church to punish him for being "mean to his brother" and for not doing his homework, according to the affidavit.

The boys have three different fathers, one of whom is in jail.

COMMENT: This breakdown in family values is entirely the fault of your modern liberalism. If the governments of the Western world would find the courage to make heterosexualism illegal this sort of thing would never happen. 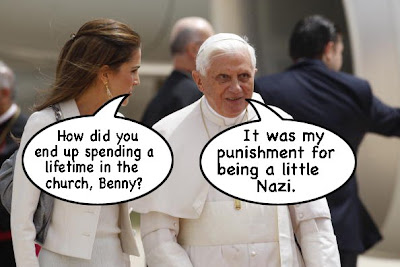