The Anglican church in southern Africa called on President Jacob Zuma and the South African government to lobby for the immediate release of two Malawian men sentenced to 14 years in prison for their homosexual relationship.

"We urge them to press for the swift release of these two individuals, who have committed no act of violence or harm against anyone; for the quashing of the sentence against them; and for the repeal of this repressive legislation," the Synod of Bishops of the Anglican Church of Southern Africa said.

"As we have previously stated, though there is a breadth of theological views among us on matters of human sexuality, we are united in opposing the criminalisation of homosexual people. We see the sentence that has been handed down to these two individuals as a gross violation of human rights and we therefore strongly condemn such sentences and behaviour towards other human beings. "

The church also expressed concern at the "violent language" used against the gay community across sub-Saharan Africa, and at the increased legal action being taken against gay individuals, communities and organisations. 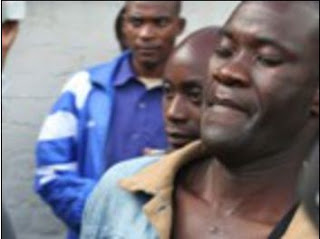 "Even in South Africa we are aware of instances of violence against the gay and lesbian community. We therefore appeal to law-makers everywhere to defend the rights of these minorities." It was immoral to permit or support oppression of, or discrimination against, people on the grounds of their sexual orientation, the church said.

COMMENT: You see, the rest of you, it is possible to be a Christian leader and not use equivocal language in everything you say in public. Now, I wonder where the good bishops of South Africa learnt to speak in such a forthright and righteous manner. I have a feeling they've been reading about that Son of God bloke. Such innovation within the Church!

For, once again, being the best of what we are, The bishops of South Africa are our

The full statement has been posted on our FOOTNOTES page. 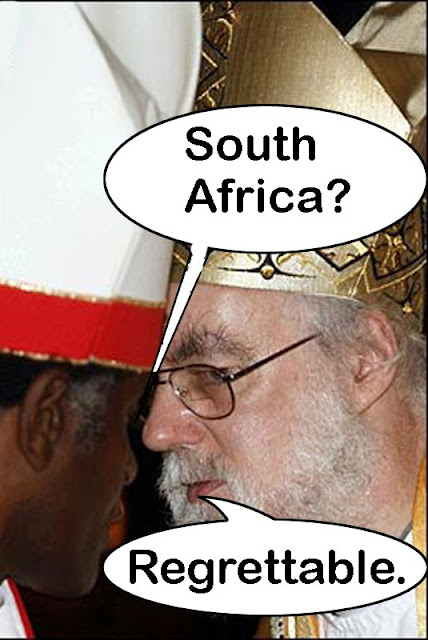