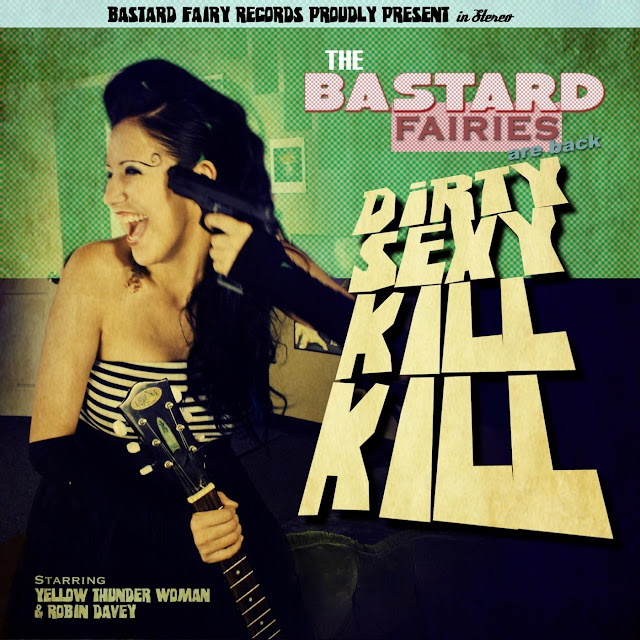 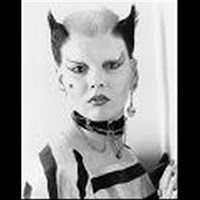 Yes. It's the turn of the
lovely ladies to show us
how they can rock just
as loud as the boys can. 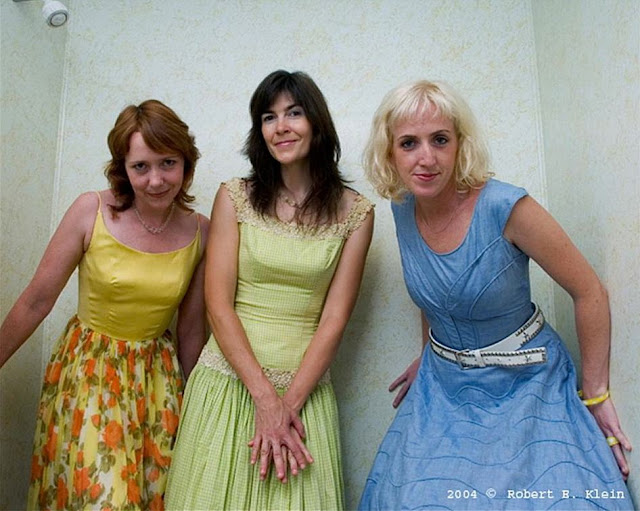 Soo Lucas, better known as Soo Catwoman, was an icon of the London punk subculture that sprang up around the mid-1970s. In The Filth and the Fury, Johnny Rotten singles her out among the early London punks, citing her "skill, style, and bravery".

Her trademark "Catwoman" haircut was created in an Ealing barber shop under her direction in 1976. Portions of the hairstyle were dyed different colours – the flared "ears" being black and the cropped parts being bleached. Contrary to many reports, she was never a member of the Bromley Contingent, the group of followers and fans of the Sex Pistols which lived in Bromley, a suburb of London, such as Siouxsie Sioux and Billy Idol. She appeared in a number of punk documentaries and concert films. She declined to appear in Malcolm McLaren's The Great Rock 'n' Roll Swindle, though her persona was portrayed by actress Judy Croll. She now resides in London with her son Shem and daughter Dion, who have their own acoustic/indie band called Good Weather Girl. (WIKIPEDIA)

The Bastard Fairies are an American musical group from Los Angeles, California, formed in 2005. They are described as an "internet phenomenon," becoming at one point the #18 Most Subscribed (All Time) Musicians and #31 Most Viewed (All Time) Musician on YouTube. The band recorded their album Memento Mori "on a Mac" and it was released on April 10, 2007.

The band's website describes the group as being composed of two members, singer/lyricist Yellow Thunder Woman and guitarist/songwriter Robin Davey. Yellow Thunder Woman is a Native American ("Yellow Thunder Woman" being the English translation of her birth name, Wakinyan Zi Win), while her band mate Davey is a British expatriate from Great Cheverell, near Devizes, Wiltshire, formerly in The Davey Brothers with his brother Jesse.

They achieved a measure of fame for a non-musical reason, after releasing a promotional video that received media attention on Fox News. The video was featured on The O'Reilly Factor, whose host is mentioned in the title, and was described as "child abuse" and "emotional abuse" in a discussion between host Bill O'Reilly and lawyer/"child advocate" Wendy Murphy, who recommends shunning the child and her family (see vid below). (WIKIPEDIA)

The Ticks are perhaps the first rock group in the world that was brought together by the unifying force of ice cream trucks: One of us drives one; one of us used to drive one; one of our husbands used to drive one. What we really are is three women: Emma Dubner on bass, Julia Randall on drums, and Sue LaVallee on guitar. We all sing, and mostly perform original songs written by at least one of the three of us. Always with a mind to fashion and/or unabashed theatricality, we play driving pop-punk and rock. We enjoy clever lyrics and wry, wicked humor. Plus we want you to dance like crazy freaks!

We started off in 1999, jamming in the rehearsal space of our friends The High Kings. Our first live performance was opening for them at the Prodigal Son in Hyannis, a supposed one time event. To our surprise, our songs of every-girl longing and social satire were enjoyed by the audience! The Ticks were born... We released our debut album So Young, So Bad in 2003. In 2004 we released our record Pick Me. Lately we've been musing about recording some of our great new songs like "Believin' It" and "Shine". And ice cream trucks still appear in our lyrics: look for "Better Than That" on our next record!
(LADIES AND GENTLEMEN, THE TICKS!)