By the time Mass has ended this Sunday morning, the Catholic Church in the UK hopes the trickle of pounds and pence onto collection plates will have raised £1m towards this year's papal visit. This is a lot of small change to pull together in a single morning, but this is a fraction of the total needed to fund the Pope's state visit to England and Scotland in September. The total bill for the invited visit - without the cost of police and security - is estimated by the Foreign Office to be about £15m. Of this, £7m will come from the Catholic Church, the rest will be shouldered by taxpayers.

The government remains vague on the details of what the final cost will be to the taxpayer. A Foreign Office spokeswoman said: "Policing will be provided by the state and we expect these costs to be met from existing budgets. We cannot confirm the total costs as these will depend on an assessment of the policing required to manage the security threat posed at the time of the visit. The non-policing costs of the papal visit will be in the region of £15m, including both 'state' and pastoral elements. 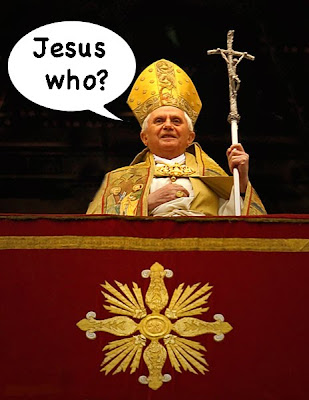