A crack team of Israeli boffins has developed an important tool that might enable the United States to take its proper place in the world. Ever since the country was founded by humourless Protestants who were escaping the UK's cavalier attitudes, people in the US have been crippled by the lack of a gene to detect sarcasm. This has led them into all sorts of problems on the international scene where they have failed to see how people in other more sophisticated nations take the Michael out of them as they stroll around cultural landmarks wearing loud shirts and talking in big loud voices. For a couple of hundred years these generously proportioned types have assumed that the citizens of other nations were just being friendly as they extracted naive US dollars while managing to be completely and utterly rude.

Now an Israeli team from the Hebrew University hopes to change all that with special software called SASI, which means "Semi-supervised Algorithm for Sarcasm Identification". The team scanned 66,000 Amazon.com product reviews, with three different human annotators tagging sentences for sarcasm.
They discovered sarcastic patterns and created a classification algorithm that puts each statement into a sarcastic class.

It is envisaged that Americans will use the algorithms for an app on their phones to see if the people they are talking with are using sarcasm. 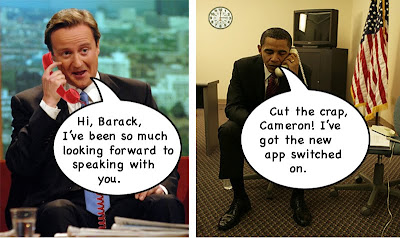