A Dutch sex shop will be giving away 2,000 "Pope condoms" this weekend in a dig at the Roman Catholic Church.

De Condoomfabriek (The Condom Factory) said it wanted to make a point about sexually transmitted diseases, unwanted pregnancies and the Vatican's opposition to contraceptives.

COMMENT: This isn't particularly imaginative. Wouldn't it have been more appropriate (and funny) if they had given away Benedict Brand dutch caps? They could have called them "zucchettos" 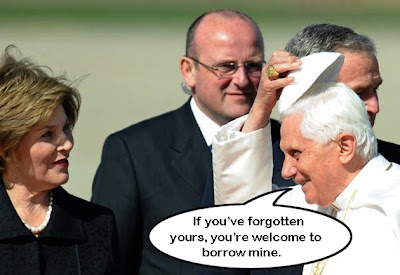