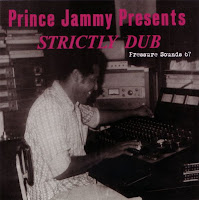 I realise nobody around here, except me, actually likes dub reggae, but it always cheers me up, and me and my faithful dawg need some cheering up. So, hit it!

Lloyd James, (born in 1947, Montego Bay, Jamaica), better known as Prince Jammy or King Jammy, is a dub mixer and record producer. After earning money from building amplifiers and repairing electrical equipment from his mother's house in Waterhouse in the late 1960s, he started his own sound system. After leaving Jamaica to work in Canada for a few years in the early 1970s, he returned to Kingston in 1976 and set up his own studio at his in-laws' home in Waterhouse. When Phillip Smart left King Tubby's team to work in New York, Jammy replaced him, getting to work with the likes of Bunny Lee and Yabby You. For the first few years of his career, Jammy almost exclusively made Dub. In the late 1970s he began to release his own productions, including the debut album from Black Uhuru in 1977. In the 1980s, he became one of the most influential producers of dancehall music. His biggest hit was 1985's "Under Me Sleng Teng" by Wayne Smith, with an entirely-digital rhythm hook. Many credit this song as being the first "Digital rhythm" in reggae, leading to the modern dancehall era. (WIKIPEDIA) 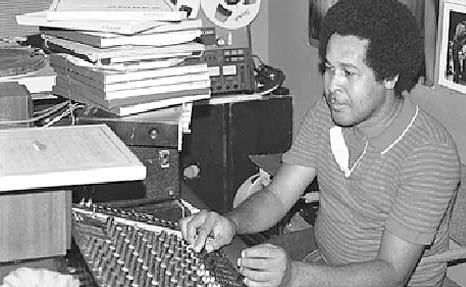