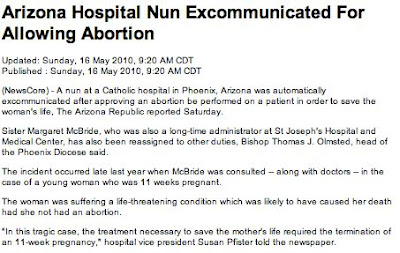 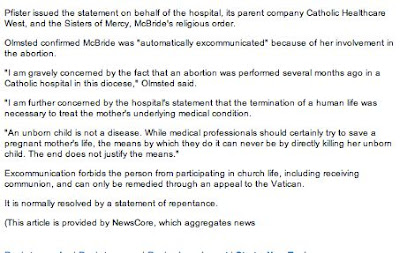 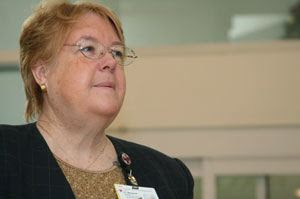 COMMENT: I think God can be rightfully accused of underachievement with the Virgin Mary thing. I mean, he had to put himself out to rustle up a miracle in order to get Mary in the pudding club without the normal preceding hanky panky. Surely, it wouldn't have taken that much more effort for God to go that little bit further with the magic stuff and bang up a man - one of the chief priests, for example. I think the ladies over the following two thousand years would have really appreciated that one. For a start, millions of them may not have died needlessly if just one misogynist, male religious leader had gone through the experience of having four kilos of flesh and bone force itself out of his belly via a smallish hole between his legs.

Thanks to Ellie for sending this story into MadPriest Towers.