From THE DAILY ECHO (Bournemouth, England):

A same sex couple say they have been forced out of their church for holding hands during services. Kersten Pegden and Nina Lauren said they were warned other churchgoers thought they were “overtly sexual”.

The couple, who have now stopped attending St Nicholas Anglican church in Corfe Mullen, said other couples hold hands and believe their sexuality has influenced the complaints.

Kersten said: “The vicar, who is a woman, wanted to know the details about my divorce, how long it was going to be, and the fact that it had dragged on too long. And she said members of the congregation said that during hymns we were dishonouring God because they said we were singing the hymns to each other, and that we were overtly sexual with each other. I said all we do is hold hands. I pointed out there is an elderly couple who hold hands. It’s no more sexual than if a straight couple did it.”

Kersten said many people in St Nicholas’ 50-70 strong congregation of mainly elderly people had been lovely since she came out and she expected about 10 to come to her partnership ceremony. However she said others no longer spoke to her or gossiped behind her back.

“These people who are watching us, instead of worshipping, are the ones dishonouring God,” she said.

Nina only started attending church with Kersten but had hoped to get confirmed at St Nicholas’.

St Nicholas Church said in a statement: “St Nicholas welcomes people from a variety of backgrounds and gives private pastoral care to those in need. Issues have arisen with members of the congregation which are being addressed compassionately.”

Kersten said she wrote a letter explaining to Rev Pamela Walker why she was leaving, and it included the line: “I have spent 25 years hiding and do not wish to continue that now.”

Kersten said they felt they had no choice but to leave the church. She said her daughter has had to leave the choir and her son is no longer a server. The couple, who live in Parkstone with Kersten’s four children, have now started attending mass at the gay-friendly Metropolitan Community Church in Dorchester.

COMMENT: What a fuss about nothing. The two ladies were only holding hands. It's not like they were carrying each others' luggage in the middle of the service. 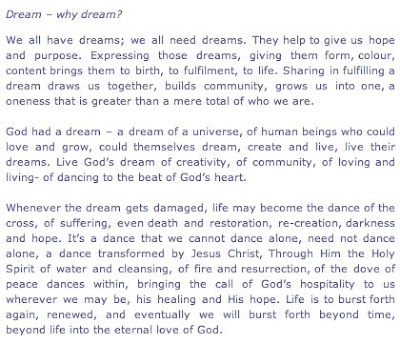 What makes this particularly sad is that the parish priest, Pamela Walker, has fought for the acceptance of the ministry of women in the Church of England, being the first woman priest at one parish she served in. You would have thought...