Maria Vittoria Longhitano, 35, will be ordained in an Anglican church in Rome, a stone's throw from the Vatican, this month. She is a member of the Old Catholics. They do not believe in papal infallibility or the Immaculate Conception and are not recognised by the Vatican.

Mrs Longhitano, a married teacher from Milan, said she hoped to stimulate a debate and break down the "prejudice" within the Catholic Church when she is ordained at All Saints Anglican Church, near Rome's famous Spanish Steps, on May 22.

"My ordination represents a great chance for all women of faith. It means hope, it means giving a push to an important debate between Catholics on the issue of denying women the possibility of fulfilling their vocations and being ordained as ministers," she said.

COMMENT: She looks too young to be an old Catholic. 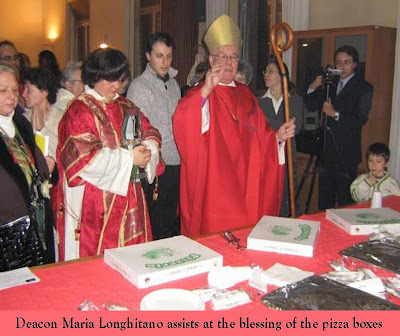