Britain's pagan policemen and women have been given the right to take time off to celebrate their ancient festivals. The Pagan Police Association (PPA) has been recognised as a 'diversity staff support organisation' by the Home Office, a move which has polarised the force. The PPA is thought to have up to 500 members, including Wiccans and Druids.

Co-founder, Andy Pardy, has hailed the group's progress, which will see members allowed time off to observe dates like the recent Beltane Fire Festival and Spring Equinox at Stonehenge.

Their new status also means that pagan policepersons, in stead of issuing a fine to a speeding motorist, can now drag the offender off to a nearby rock, chain him to it and hack out his still beating heart with a sharpened piece of flint. 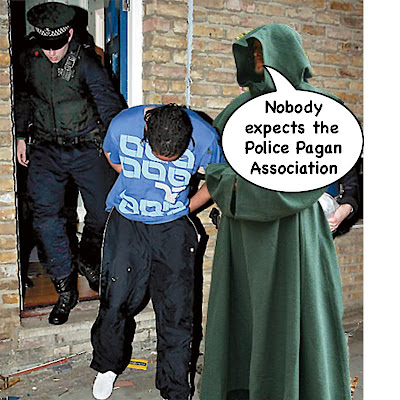