The Royal Court has sought the help of the Armed Forces
to lend appropriate attire for the guards at the new
Haga Palace home of Crown Princess Victoria and Daniel
Westling, as their trousers have not yet arrived.

In a letter to the Armed Forces, the Royal Court
explains that as the newly expanded team of guards will
spend a large proportion of their duty time exposed to
the elements they are in need of suitably rugged attire. 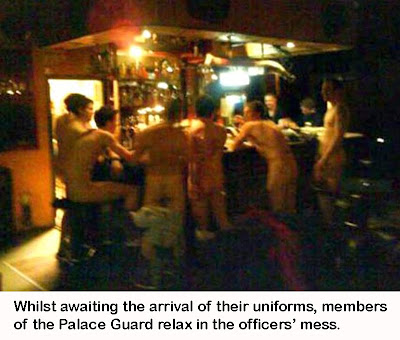