Good news! Dan’s ventilation tube was removed (intentionally) at about 10:15 this morning – and the feeding tube from his nose (unintentionally, getting caught up with the vent tubes and tapes) at the same time, giving him much relief. He nodded his head in response to questions, squeezed hands, and wiggled feet. Before you know it, he’ll be doing the Hokey Pokey!

He’s off all meds except the final day of the antibiotic to treat the pneumonia, and that seems to be about cleared away.

Please join our prayers of thanksgiving – with continuing supplication for full recovery, of course. Also, we’ve shared experiences with others along the way, while here, and have collected other prayer requests. I can’t name them – God knows the names. Just please add “and for all those for whom Dan’s family has been asked to pray” before your “amen.” Thanks again, and many blessings. Victoria 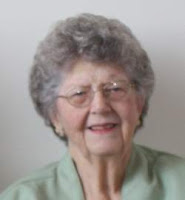 Prayers please for Katherine, a member of my church who died suddenly last Sunday. Katherine was the matriarch and heart of her family. Her husband, John, to whom she was married for many years, will miss her terribly, as will their three children, Mary Katharine, Grace, and Carolyn, her 7 grandchildren, and her great-grandchild.

Also, people, it is at this time of year that Mimi is particularly reminded of her sister, Gayle, who died four years ago. So keep our friend in your prayers for a while.

My prayers go out to the entire University of Virginia community as they mourn the murder of Yeardley Love and also cope with the reality that another student was her killer.

My heart is heavy and my compassion goes out to Yeardley's family and friends in this horrible time. So tragic, so sad.

Posted by Margaret at
LEAVE IT LAY WHERE JESUS FLANG IT:

Please pray for my friend N. She and her beloved--expecting a baby, and then when it was time for the baby to be delivered, she and baby were rushed off to the hospital. Baby Thomas was delivered needing heart surgery. N is the priest I walked on a pilgrimage with between Richmond and DC.

Posted by Kate at WHEN I WAS A BOY:

This will be brief and disjointed. I am broken. Devastated.

I realized that I could not be happy with sharing Tim...that I needed to be with him, or over him. That, as I told him, he had to choose. Deep in the depths of despair, asking God to let him avoid this cup, he chose me...and then, three days later, rescinded his choice. Now all three of us are hurt -- Ray isn't sure he wants Tim back, Tim know he's hurt both of us, and I am...broken, devastated. How can this be okay? How can the three of us, trying to do the best we could, have hurt each other and ourselves so very much?

Word from the land of the Gators is that Terry's surgery went fine. A little too much excitement with a blockage at the "left branch bundle" of her heart. According to words flying about in emails, such a thing is NOT atypical and indicates a heart rhythm issue. She was kept at Shands overnight, and we're hoping she'll be released and on her way home soon.

Dona's mother Glo is also making a turn toward recovery, although has been in some pain from the operation and the after effects with nausea. The good news is that her kidneys are functioning well.

Keep the prayers going and the candles lit!

Posted by Joan Lucia-Treese at MY TWO CENTS WORTH:

Last night I won my first political race and was the top vote getter! I am a director-elect for the Colorado Centre Metropolitan District. I will be sworn into my 4 year term on May 27, 2010.

Just to let you know that Neal , THEMETHATISME, is in hospital. A flare up of his Crohns, his small bowel has become inflamed. On steroids for the next few days, they will then decide if surgery is needed.

Anyway if you could let people know we would both be grateful. I'll keep in touch and let you know how he's doing and there will be regular updates on my blog.

Posted by Crystal at PERSPECTIVE:

Today when I went out to mow the lawn, I sadly found a dead squirrel in the yard. At least I assumed he was dead - I hate that about not being able to see very well - I wasn't sure if he was just paralyzed 🙁 So I put him on a piece of cardborad in the shade and waited until my sister dropped by later. She pronounced him dead and we buried him under the walnut tree. I wonder if he was the gray squirrel I took this above photo of months ago.

Money raised so far for charity = $11.50.
Don't forget it is up to you to give your part of this to the charity of your own choice whenever you feel like doing so.

Please note: The charity bit is purely voluntary. Do continue to click in the first box even if the second box is not relevant to you.