***MISLEADING INTERNET REPORTS ABOUT PROFESSOR GEORGE REKERS***
A recent article in an alternative newspaper cleverly gave false impressions of inappropriate behavior because of its misleading innuendo, incorrectly implying that Professor George Rekers used the Rentboy website to hire a prostitute to accompany him on a recent trip. Contrary to Internet stories based on this slanderous article, following medical advice Professor George Rekers requires an assistant to lift his luggage in his travels because of an ongoing condition following surgery. His family, local friends, and even another university professor colleague have offered to accompany him on trips to lift luggage. Professor Rekers was not involved in any illegal or sexual behavior with his travel assistant. 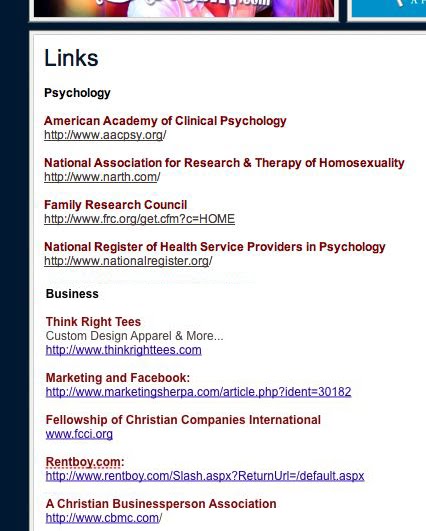 The above graphic is a spoof and has never appeared on George Rekers' website.

Thanks to KJ for sending details of Professor Rekers' perfectly plausible excuse into MadPriest Towers.