The sheer unintelligence of trolls never fails to amaze me.

You don't get to read their comments because I intercept them. But even after all these months of comment moderation the same trolls keep sending in the same comments over and over again.

There's one troll who keeps commenting that religion makes no sense (that's all he writes). He is wasting goodness knows how much time and how much emotional energy sending this statement to OCICBW... and goodness knows how many other blogs, knowing full well that they will never be published and that there is as much chance of him getting me to embrace his bitterness as I have of getting him to embrace Christianity by sending him an email with just the words, "Jesus is Lord," typed on it.

Go figure! One thing is for certain, Mr Troll obviously isn't going to. 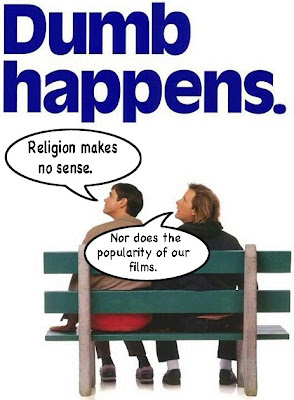