Well, I've heard it all now. This has to be the excuse to end all excuses. At least it gives me the opportunity to turn away capitalists, anyone against the ordination of women, the Welsh and anybody who refuses to speak English.

From THE ESSEX CHRONICLE:

A Gay couple who complained after being refused a civil partnership in a Brentwood church have sparked a compelling debate.

While an amendment to the Equality Bill was passed in the House of Lords last month, essentially lifting the ban on homosexual blessings in religious premises, the (main talking heads of the) Church of England (have) made it clear (the Church) is not ready to accept civil partnerships as yet.
The decision was tested most recently after a male couple complained to Stondon Massey Parish Council when they were denied any chance of a civil partnership in the village church of St Peter and St Paul. 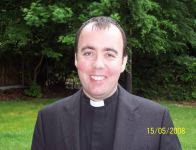 The vicar of Ingrave, the Rev Paul Hamilton, explained that the Church of England and nearly all churches throughout the world held the same view on the matter, and would not bless same-sex relationships. He said: "My viewpoint would be that all people are created equally in the sight of God, but same-sex relationships are not something we understand and are therefore not something we bless." 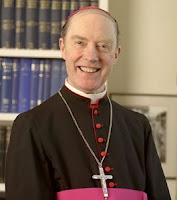 Brentwood's Roman Catholic figureheads are also against the idea and gay marriages have been publicly condemned by the Pope. The (RC) Bishop of Brentwood, the Rt Rev Thomas McMahon, said: "We would not be hold civil partnership services in our churches because it goes against our teachings and what we believe marriage to be."

Bishop McMahon believes what marriages are, as opposed to knowing what they are, because he is not allowed to get married. This is because God, after creating sexual intercourse as the way of making new human beings, changed his mind and decided it was a really naughty thing for people to do (what, with all those bodily fluids and stuff). So he only allows the pew fodder to do it and then only if they have a baby every time and absolutely do not enjoy themselves in any way whilst doing it. God made exactly the same initial error when he invented menstruation. It may be a perfectly good biological solution but it's really very yucky, in deed, especially if you are man, like what God is.

This is what nearly every Christian in the entire universe, and in all the parallel universes, believe.

By the way, if anyone can explain to Paul
why gay people want to marry each other,
you can contact him via his CHURCH WEBSITE.