Christian groups have called into question a declaration urging Christians to vote according to their conscience in the General Election.

The Westminster Declaration urges Christians to vote with three issues particularly in mind - protecting human life, protecting marriage, and protecting freedom of conscience. It has been signed by more than 36,000 Christians, including former Archbishop of Canterbury Lord Carey, the head of the Evangelical Alliance Steve Clifford, and the head of the Catholic Church in Scotland Cardinal Keith O’Brien.

The declaration has met with strong criticism from Faithworks, which has stated it will not be signing it. The influential ministry, which resources Christians for community engagement, criticised the Westminster Declaration for suggesting that “government should be chosen according to their responses to only three issues – protection of human life, marriage and conscience – rather than the impact of the spectrum of their policies locally, nationally and internationally”.

The group state: “The Westminster 2010 Declaration sets Christians up on a moral high ground and implicitly creates divisiveness. It does this at just the time when the church’s morality has been called into question across the world.”

Cross-party group, Christians in Politics, also expressed its concerns about the declaration. They commented: “There is a danger that people will judge the faith of a Christian standing for election, merely by whether or not they have signed this pledge. We urge people not to do so.” 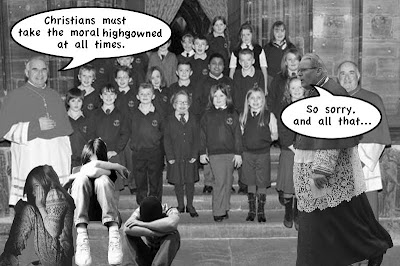