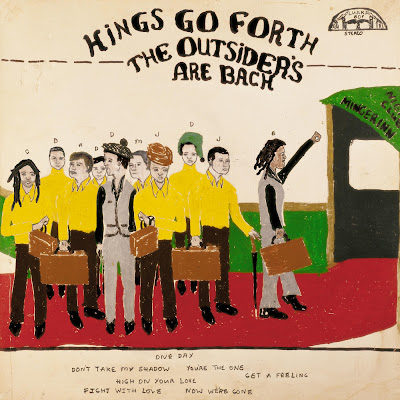 Real soul fans have been eagerly anticipating this album for over a year now. We had heard a couple of singles and remixes and those lucky enough to catch this live group live were reporting back that the second coming of the groove was most definitely imminent. Usually, when there is such a buzz about a new band it turns out that the hype has overestimated the product. But not in this case. This album is, quite simply, the most exciting, most important, most vital thing to happen in the soul world for over two decades.

Ladies and gentlemen, OCICBW... is exceptionally happy and so pleased to be able to introduce you all to the mighty... 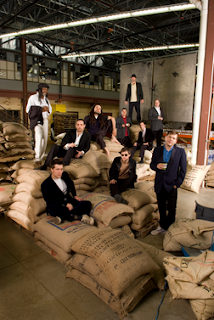 Kings Go Forth aren't some forgotten band from decades past that never got their due: Helmed by recordhead and soul obsessive Andy Noble and boasting the astonishing vocals of one Black Wolf, Kings Go Forth were formed in 2007 with the sole purpose of delivering late-night busted-bar R&B, sewn up with grimy guitar leads and locked down with clattering rhythms. Other soul revivalists put an emphasis on horns, but the Kings are all about the harmonies. The high, swooping, four-part, sweet-as-sugarcane male vocals ably summon bygone acts like the Delfonics and the Four Mints — the kind of love-delirious singing that scored a thousand bygone playground romances.

These reverential glances over the shoulder would be dispiriting if they weren't so well-executed. The Kings imagine a parallel universe of R&B, one where the Motown sound continued, indifferent to changes in style and culture. That the Kings apply themselves to their craft with such enthusiasm and jubilation makes their love of careworn 45s seem positively visionary. To put it another way: in this case the future is the past.
(J. Edward Keyes)