"I want the parents and students who planned the cruel hoax to be shamed around the world." (Grandmère Mimi) 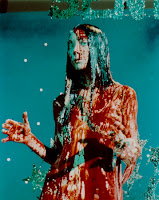 Back on the thirteenth of March I posted AN ARTICLE on Constance McMillen, a student at Itawamba Agricultural High School in Fulton MS. She wanted to take her girlfriend to her high school prom and she wanted to wear a tuxedo whilst doing so. Of course, her wishes were met with the usual redneck bigotry which evolved into the ludicrous situation of the school authorities cancelling the prom altogether rather than allowing Constance and her dance partner the opportunity to be themselves at a bog standard, very ordinary event, enjoyed by thousands of kids, without any hassle, every year in the US and many other countries, as well.

That was enough to show the town of Fulton up as a place where evolution has gone into reverse and where the local inhabitants are rapidly breeding themselves back to an amoebic level of intelligence and self awareness. But that was not enough for these knuckle dragging sickos. They were, in fact, to descend to a level of such evil crassness, that were their actions the plot of a Hollywood blockbuster, reviewers would decry the storyline as "far fetched."

McMillen tells The Advocate that a parent-organized prom happened behind her back — she and her date were sent to a Friday night event at a country club in Fulton, Miss., that attracted only five other students. Her school principal and teachers served as chaperones, but clearly there wasn't much to keep an eye on. 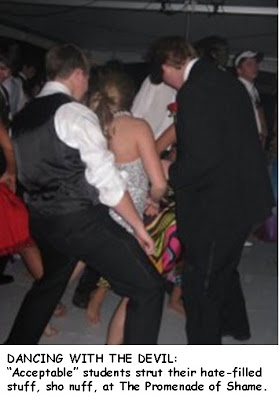 "They had two proms and I was only invited to one of them," McMillen says.


"The one that I went to had seven people there, and everyone went to the other one I wasn’t invited to."


Two students with learning difficulties were among the seven people at the country club event,


McMillen recalls. "They had the time of their lives," McMillen says. "That's the one good thing that come out of this, [these kids] didn't have to worry about people making fun of them [at their prom]."


Itawamba students even went so far as to set up a public Facebook page called “CONSTANCE QUIT YER CRYING” to celebrate their “victory.” But this has backfired, somewhat, as The Facebook page has now become, in effect, a public shaming post for the people of Fulton.

COMMENT: If something like this had happened to me I would have taken one look at the near empty room, realised what was happening and would have immediately run away in floods of tears. Constance stayed and more than that. She turned the worst night of her young life so far into, probably, the best night two other oppressed kids had ever had in their lives. And just the thought of such selflessness and innate goodness had me blubbing like a girlie at seven o'clock this morning.

Of course, Constance is our

But that's hardly enough. In a half decent world she would be the next recipient of the Nobel Peace Prize. She certainly deserves it a lot more than President Obama, as I am sure he would admit himself. 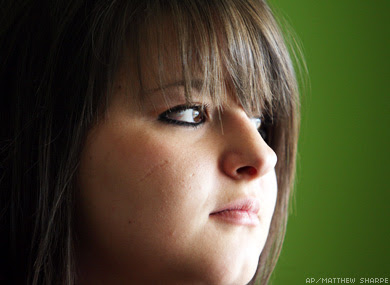