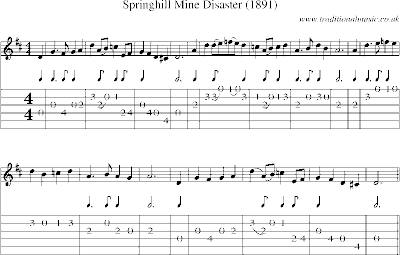 This recording by Peter, Paul and Mary is my favourite of the
60s Folk Revival versions of this song.

Over the years there were three major disasters at the Springhill Mine. The last one was in 1958 or thereabouts.